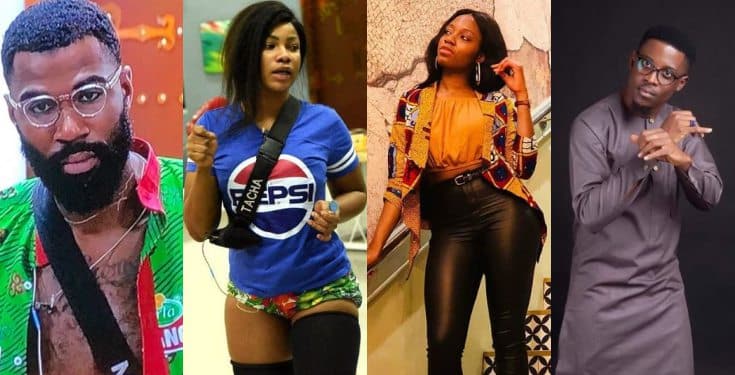 He said the nomination will not be in groups as housemates will go to the ‘diary room to nominate other housemates’.

However, Omashola, who was nominated but had the veto power card, replaced himself with Seyi.

The housemates up for possible eviction this week are Tacha, Mike, Seyi, Khafi.

Here is how the housemates voted:

LASU: ASUU Top Officials, other Lecturers To Be Sacked After Facing Panel

‘I am selling my Degree, I have realized...

WAW! See How Much And What It Takes...

I blog often and I truly appreciate your content. The article has really gotten my interest. I am going to bookmark your blog and keep checking for new details every week. Follow the link below to reach my website and check out its contents.
Please let me know if this okay with you. Many Thanks!

Are you looking for something?

‘They Think All Nigerians Are Stupid’ -Atiku’s...

Ihedioha Desperate To Destroy My Legacy –...

Best collections of Hilarious Jokes: How can...