Home » #2019debate: Why Atiku Stormed out of presidential debate 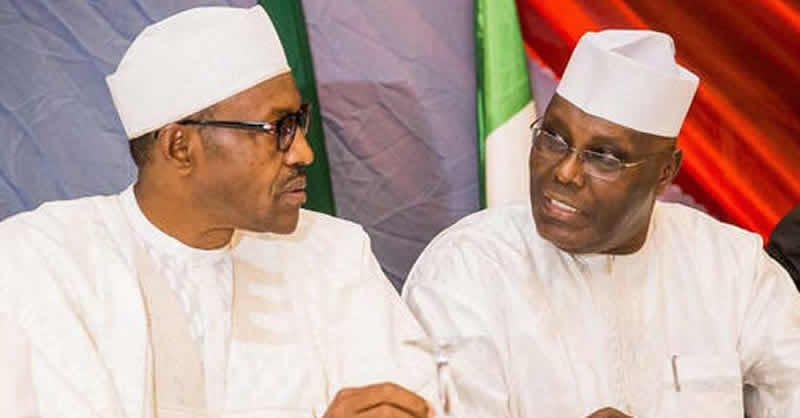 The People’s Democratic party candidate, Atiku Abubakar has stormed out of the 2019 presidential debate on 19th January 2019.

Atiku said he cannot challenge the President’s administration, where the man at the helm of the affairs of the nation is not present to defend his policies.

He decided to leave after he realized that the incumbent president of Nigeria, Muhammadu Buhari was absent for the debate.

Stechitegist.com gathered that the ruling APC representative, Buhari was in Jos, Plateau state, where he was campaigning for his re-election.

Concerning the Saturday debate scheduled for 7pm West African Time, the Executive Secretary of NEDG, Edidi Emesiri, had, in a statement, listed candidates shortlisted for the debate alongside Buhari to include those of the Allied Congress Party of Nigeria, Oby Ezekwesili; Alliance for New Nigeria, Fela Durotoye; Peoples Democratic Party, Atiku Abubakar; and Young Progressives Party, Kingsley Moghalu.

Atiku has said he doesn’t believe in attacking a man who is not available to defend himself.

We came here for a Presidential debate, not a candidacy debate, and I, Atiku Abubakar can not challenge or question an administration where the man at the helm of the affairs of the nation is not present to defend himself or his policies. After all you cannot shave a man’s head in his absence. I do not believe in attacking a man who is NOT here to defend himself.

As a leader and former vice president of the Federal Republic of Nigeria, let me first apologise to all Nigerians, my fellow candidates and the moderator for the the APC Presidential Candidates absence in this debate. His non-appearance is a slight on ALL of us and our democracy.

Secondly, with all due respect to my fellow candidates, Fela Durotoye, Oby Ezekwesili,  Kingsley Moghalu and to the moderator Mark Sugar and with apologies to all Nigerians here and at home expecting an interesting debate, I regret that I will not be able to go on with this debate due to President Buhari’s absence.

I however challenge President Buhari to choose a date and time for a debate where he will be present and I will be there, hopefully with the other candidates as well.

Thank you and God bless the Federal Republic of Nigeria.
Atiku Abubakar
#PresidentialDebate2019

The Undisclosed reason why Atiku didn't participate in the Presidential debate

In my next world,i will never become an...

The Biggest Forum on Campus: OSUSTECHCONNECT