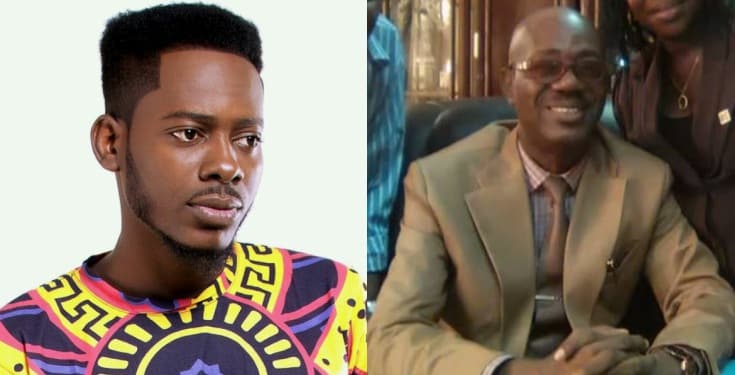 Nigerian musician, Adekunle Gold has been thrown into a state of mourning after losing his father to death.

Prince Hakeem Adeyemi Kosoko, the Permanent Secretary of Education District 4, died during the night after suffering an undisclosed ailment.

Mr Kosoko was flown abroad due to the ailment and his position had to be temporarily filled by a replacement for over a month. He recently returned to Nigeria to recover, a source told LIB.

Sadly, he passed on hours ago.

A teacher who works under Mr Kosoko’s district in Lagos revealed to LIB that his death was announced to the teachers in Education District 4 this morning. The cause of death has not been revealed.

He is survived by his wife, children, including Adekunle Gold, and more family members.

Will President Buhari Retain Some Of His Ministers? Check Out What He Has To Say

10 Great Jobs for Undergraduates during this ASUU...

How My Boyfriend Slept With Another Lady Under...