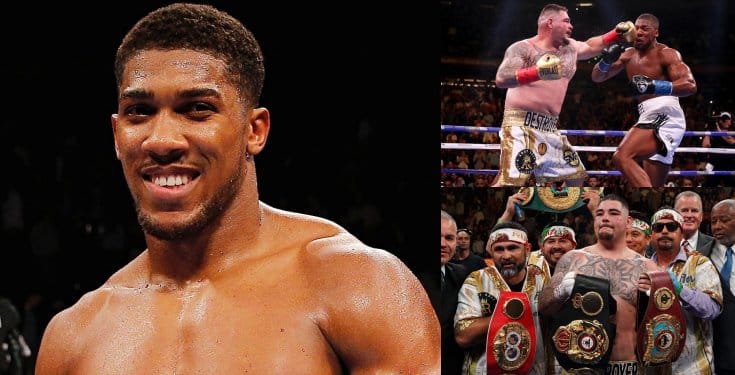 Newly-crowned world champion, Andy Ruiz Jr, 29, will only get £5million after his historic win against Anthony Joshua, 29,  at Madison Square Garden over the weekend.

The Mexican boxer knocked down the British/Nigerian boxer four times, before forcing a seventh-round stoppage to dethrone the WBA, WBO and IBF champion and became the first Mexican-American heavyweight world champion.

The upset was arguably the biggest within the division since Hasim Rahman stopped Lennox Lewis in 2001 and brought back memories of James “Buster” Douglas‘ 1990 win over Mike Tyson. But it is Joshua who will earn a bigger share of the fight purse.

According to Mail Online, Joshua will earn £20million from the deal agreed before the fight in New York.

Buhari, Atiku Have No Plan To Develop Nigeria-...

Tragedy As Two Men Electrocuted While Working On...

OSUSTECH To Be Renamed After Olusegun Agagu –...