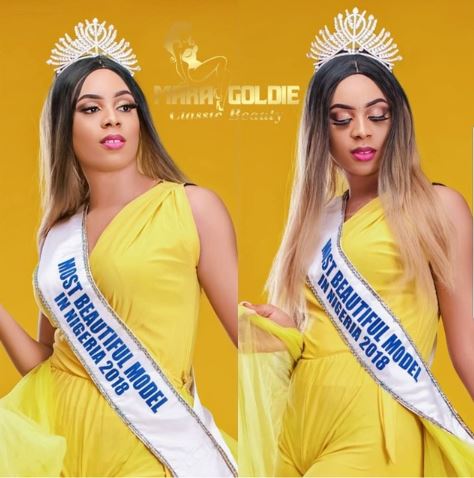 Queen Favour Umeike, she stated that her vision was aimed at engaging community development projects that will continue to make live easy for Nigerians.

Queen Favour Umeike, Most Beautiful Model in Nigeria – MBMN, has joined her fellow students at Ignatius Ajuru University of Education in a community service during ongoing interlocking road project of her department in the school.

The reigning MBMN Queen was on Tuesday spotted at Rumuolumeni in Portharcourt, Rivers state at a private University where she is presently schooling. According to reports she joined workers in carrying sands and using concrete paving stones to establish a base layer. 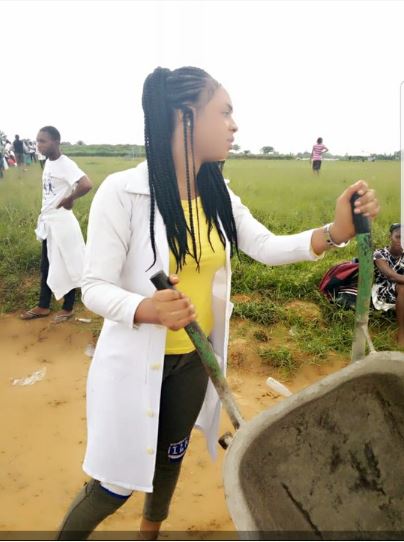 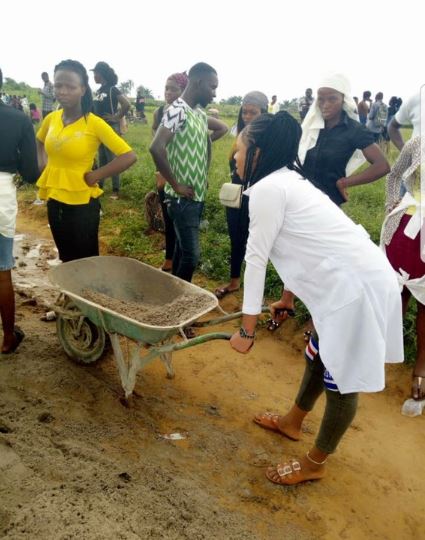 In a reaction from her Majesty, Queen Favour Umeike, she stated that her vision was aimed at engaging community development projects that will continue to make live easy for Nigerians, as well as hasten the environmental enhancement across societies.

Queen Favour has before now continued to make relevant progress in her commitments to humanity. However, reports have it that the intelligent and vibrant looking damsel will be unveiling her book soon, as she sets up for the official flag-off of her project tagged “League Against Rape and Domestic Abuse – LARDA. 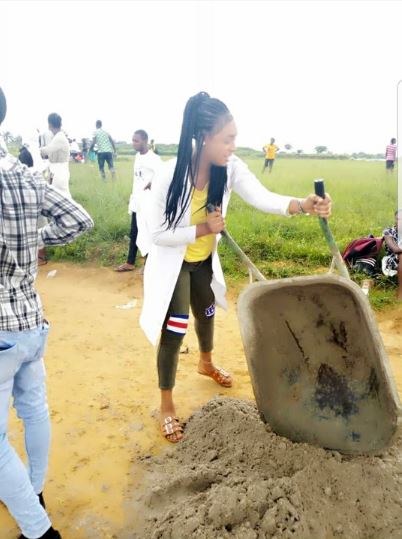 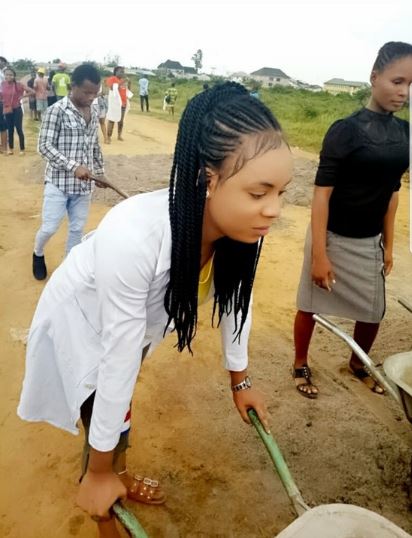 [A Must Read] HOW TO INSPIRE MANNERS IN...