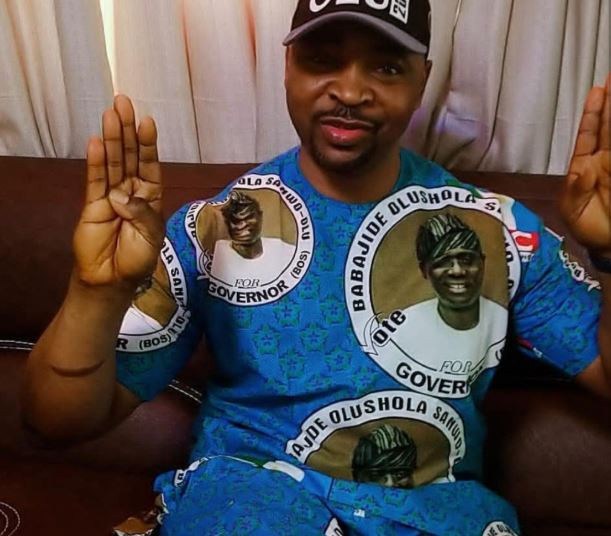 Eyewitness and live sources have confirmed that they were gunshots and pandemonium on Tuesday as the All Progressives Congress, APC, flagged of campaign in Lagos for its governorship candidate, Babajide Sanwo-Olu and other party flag-bearers in the state.

MC Oluomo who is a Popular NURTW leader in Lagos, was said to have been stabbed at the campaign ground at the Sky Power Ground, Oba Akinjobi Road, Ikeja, Lagos, Southwest Nigeria.

According to reliable sources: ‘everything was going on well when a gunshot was heard at the podium where Alhaji Wasiu Ayinde Anifowoshe, popularly known as ‘K1 De Ultimate’ was performing and thrilling the audience’.

Sources further said there was a skirmish between supporters of MC Oluomo and other transport unions, as series of gunshots rent the air, causing pandemonium at the Sky Power Ground. Governor Akinwunmi Ambode was addressing the crowd when the first gunshot was heard, sending panic among the crowd.

Ambode was said to have told the crowd that the police were in control of the situation, but things got worse as series of gunshots were heard.

The campaign was cut shot, as Sanwo-Olu could not address the crowd as he had wanted to. He only rushed the vote of thanks and dispersed the meeting.

Police officers were said to have engaged the hoodlums in gun battle as people ran helter and skelter to for their lives. In the milieu that occurred, several people were stabbed and injured.

Pressmen covering the event were seen fleeing the scene to avoid being caught in the bloody clash.

Officers of the Lagos State Ambulance Services, LASAMBUS, were said to have conveyed about eight stabbed people to the hospital.

MC Oluomo was said to have been stabbed and rushed to the hospital.

EXPOSED: How Army Chiefs Are Making Money From...