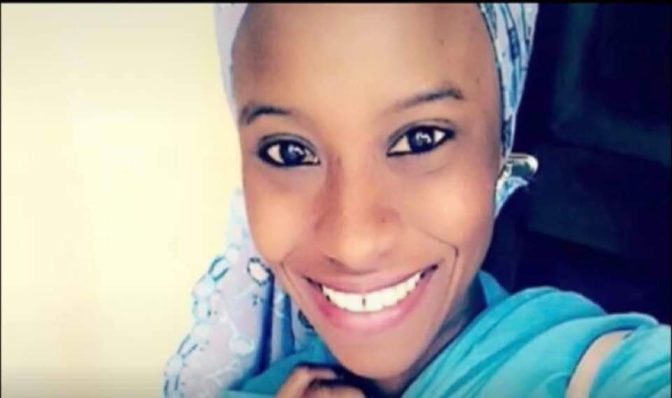 Nigeria’s President Muhammadu Buhari has come to the rescue of a detained woman accused of drug trafficking in Saudi Arabia.

President Muhammadu Buhari has directed the Attorney-General of the Federation, Abubakar Malami, to facilitate the release of Zainab Aliyu, a student who was wrongly arrested for drugs trafficking in Saudi Arabia.

Miss Aliyu, a student of Maitama Sule University, Kano, was arrested by Saudi authorities on December 26, 2018 for allegedly travelling with a luggage containing unlawful substance believed to be tramadol.

The suspect had travelled through the Mallam Aminu Kano International Airport, MAKIA, for Lesser Hajj with her mother, Maryam, and sister, Hajara.

The Senior Special Assistant to the President on Foreign Affairs and Diaspora, Abike Dabiri-Erewa, disclosed on Monday, April 29, 2019 that the government was already working on her release, alongside two other people with a similar situation.

“@MBuhari has directed AGF to take necessary action. We are making good progress. She will be back, along with 2 others in same situation,” she responded to a Twitter user.

“Each case on its own merit. Zainub (sic) committed no crime. She must not be punished for an offense she didn’t commit. We will ensure justice as directed by @MBuhari,” she added.

Recall that a petition filed by Miss Aliyu’s family later led the National Drug Law Enforcement Agency, NDLEA, to uncover a cartel at MAKIA which specialised in planting illicit drugs in travellers’ luggage.

The arrest of seven members of the cartel led to the discovery that the tramadol-bearing luggage was planted on Miss Aliyu without her knowledge.

“Based on the investigation carried out, it has been revealed that the said Zainab Habibu Aliyu is not the owner of the second luggage tagged in her name,” an NDLEA report read.

Waw..See The Huge Snake Killed By University Students In Ibadan

PTDF SCHOLARSHIP FOR UNDERGRADUATES AND POSTGRADUATES