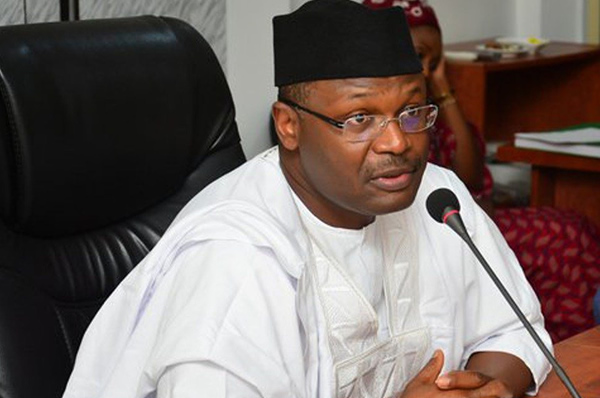 Two groups have claimed that they have evidence that the INEC procured, installed and deployed servers in the 36 states.

According to SaharaReporters, a joint committee of information technology and legal experts has claimed to have incontrovertible evidence about Independent National Electoral Commission (INEC) servers, installed in 36 states and the Federal Capital Territory (FCT), Abuja.

The groups, Deservation and Pukka Initiative, made the revelation in Yola, Thursday night, showing a document, that detailed how and when INEC server was allegedly installed and put to use.

Dr. Sani Adamu, who spoke for the two groups, said, “Apart from the incontrovertible facts our IT and legal teams have in their possession, and ready to bring to the attention of the tribunal, I wish to present to you another evidence obtainable by FoI.”

Quoting the INEC chairman, Prof. Yakub Mahmood, Adamu stated the electoral body’s chairman had publicly declared that “we are pioneering and deploying in 2019 general elections, a new platform for the electronic Collation and transmission of results of the 2019 elections”.

He, therefore, decried alleged moves by INEC to deny the availability of the server, stressing that the action is grave, just as it is a looming national disaster.

Countering the electoral umpire’s claims, Adamu referred to “INEC’s 2017-2021 strategic programme of action  document, page 5, serial number 1.4 and key action, titled ‘improve ICT operational deployment and utilization, including activities SN 1.4.1 to SN 1.4.57”, saying these series of activities “have captured all the essence of the server deployment by INEC”.

He insisted that all of the activities underscored the approval for a server and its subsequent implementation between the first quarter of 2017 and the fourth quarter of 2018.
“Specifically, based on activities SN 1.4.57 in the strategic programme of action 2017-2021, the INEC leadership have received the approval for the transmission of electronic results to the collation centres.
“In the same vein, SN 1.4.16 indicates that INEC has received the approval to procure servers for the 36 states and the FCT in the second quarter of 2017 and completed in the second quarter of 2018.
“For the avoidance of doubt, I wish to tender a copy of the 2017-2021 strategic programme of action document, which dealt with issues of ICT including servers, card readers and the electronic transmission of election results,” he claimed.
He called on all Nigerians to join the campaign for INEC to own up and do the needful. “Because we are in a situation similar to the June 12 of Moshood Abiola,” he added.

Liverpool beat Chelsea on penalties to win the...

Let's Talk: One thing you dislike about STECHITEGIST...

The Holes In LP The Whiskey Lady's Rape...