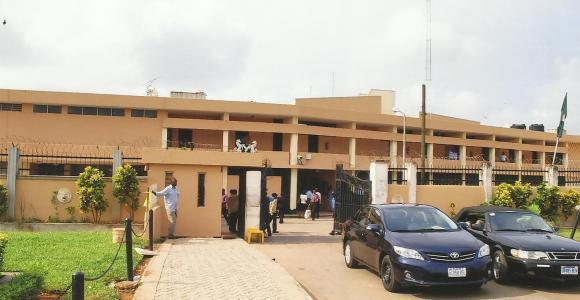 Some members of the Edo State House of Assembly have met at night to elect a new Speaker.

In what can be described as a coup, nine members-elect of the Edo State House of Assembly met late Monday night and elected Frank Okiye and Yekini Idiaye as Speaker and Deputy Speaker respectively during the inauguration of the House presided over by the Clerk, Alhaji Audu Yahaya Omogbai, a report by Sun News has shown.

The inauguration which was said to have taken place between 9.45pm and10.15 pm amid tight security came few hours after 19 members-elect of the Assembly protested the non-proclamation of the Assembly by Governor Godwin Obaseki.

‎It was learnt after a team of lawyers was assembled to study the implication of the planned inauguration, three lawmakers-elect from among the 19 that protested earlier in the day were invited for a meeting and in the process, their ‎phones were allegedly taken from them before they were driven to the House of Assembly and sworn in by the clerk along with six other members-elect who were already at the House of Assembly.

Soon after, the lawmakers adjourned sitting till July 17 before they were driven straight to meet the governor in his private residence.

During the inauguration, 17 police patrol vehicles were parked in front of the House of Assembly complex while additional seven were strategically stationed on adjoining roads.

No fewer than eight other security vehicles were also sighted around the residence of the governor.

Reasons you end up losing him, Why not keep your man – Adebayo advises

Facts about Tacha and Mercy Eke, the hottest...

Don't Be Fooled Anymore! Check Out How To...

Three Women Beat The Hell Out Of Man...