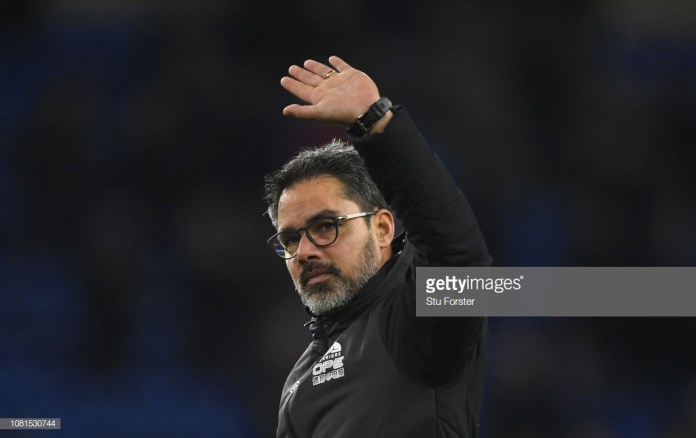 David Wagner has left Huddersfield Town by mutual consent after a miserable second season in the Premier League.

After 22 games in the Premier League this season, the Terriers sit at the foot of the table having picked up a meagre 11 points, scoring just 13 goals to leave them seven points adrift of safety.

While David Wagner is quite rightly a hero in the West Yorkshire town after steering the club into the promised land back in 2017, he has been able to replicate the achievements of the last few seasons, and the 47-year-old has decided that he wants to take a break from football, with Huddersfield insisting that he has not been sacked:


“I’d like to begin by thanking David for all he has achieved at Huddersfield Town over the last three-and-a-half years,” Huddersfield chairman Dean Hoyle told htafc.com.
“Under his stewardship, we’ve achieved things on the football pitch that surpass anything in modern memory, and that have gone well beyond my wildest expectations as Chairman and as a fan.
“Under David’s management, we took this Club to the highest position it has held in almost 50 years and created memories that will last forever.
“His achievements will rightly put him up there in Huddersfield Town history alongside great names like Herbert Chapman and Mick Buxton; legendary managers who changed the face of this Club.

As I had said previously, I had no intention of sacking David this season. Subsequently David – being the great man he is – came to us and made it clear that he needs a break from the rigours of football management.
“We discussed making that change immediately, but he also made it clear that he would give his all for the rest of this season before departing in the summer if we preferred. After a long discussion, we all felt that David staying at the Club until the end of the season was best, but we’ve kept discussions open and we all now feel that the time is right to part ways.

“I know the term ‘mutual consent’ is often a byword for the manager being sacked in professional football, but this is a truly joint decision. David has a real, genuine love for this Club and, like me, his foremost concern in our talks has been to establish what is best for Huddersfield Town.
“I cannot thank David enough for what he has achieved. Along with his family, he will always be a friend to me and Huddersfield Town.”

Mark Hudswill take charge of the first team for Huddersfield’s next game in charge, a home game against Manchester City.

As it stands, Huddersfield are on track to finish with just 19 points…