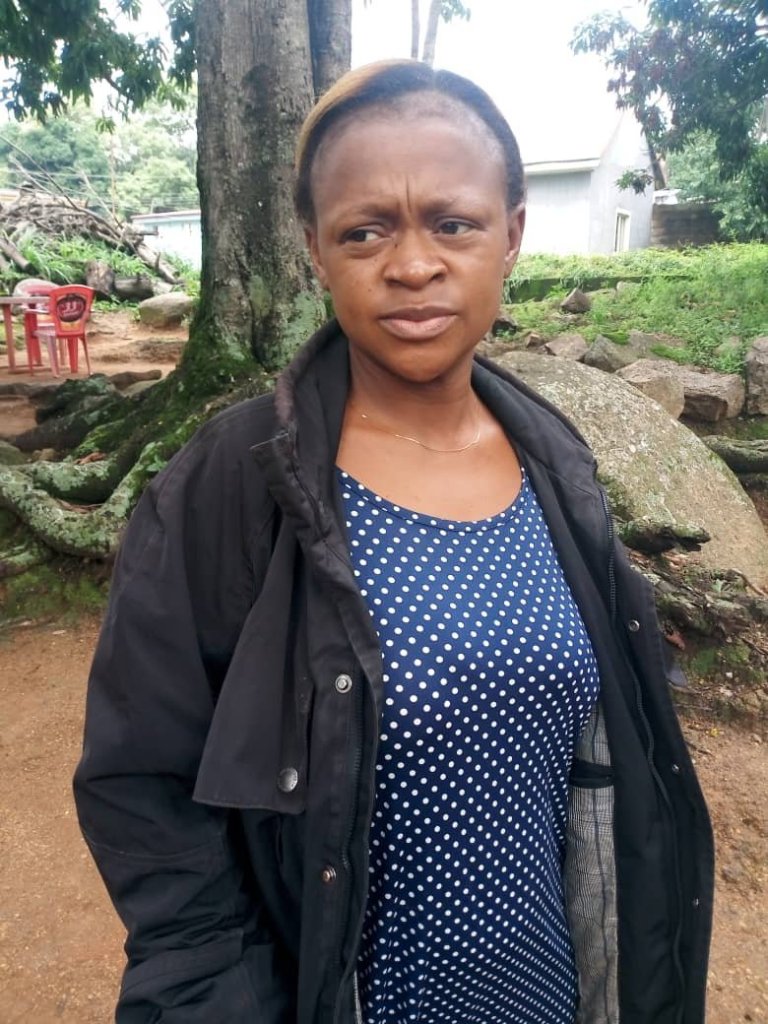 A newborn baby has been stolen from hospital just three days after she was born in Plateau state.

According to a report by NewTelegraph, a 3-day-old baby girl, Gift Chukwuebuka, has been reported stolen at Plateau Specialist Hospital Jos, Plateau State by a suspected child trafficker who disguised herself as medical doctor.

The 30-year-old mother of the baby, Mary Chukwuebuka who spoke to Journalists in Jos on Wednesday, said the baby was taken away from her on Friday 31 May 2019, three days after birth by a lady who disguised as medical personnel working in the hospital.

Mrs. Chukwuebuka said the Lady, who dressed in a Lab coat came straight to her bed in the hospital and requested to carry the baby to children’s ward for blood sample.

The mother,at first resisted and said a doctor just left them after cross examination but did not mention that the baby was sick or there was need to run a tast.

The lady insisted that she was directed by the doctor to carry the child to children’s ward for blood sample and she willingly released the baby on an account that she was a medical personnel working in the hospital.

Mrs. Chukwuebuka said she came to the hospital on Monday 28 May and gave birth of Tuesday 27 May at about 4:47 while the baby was stolen on Friday 31 May, 2019.

“I came to the hospital on Monday to deliver my baby, I have being coming for antenatal and the day I came, I was due for delivery. The doctor asked me to go to Gyne emergency but I told him that I need to go home first and pick my things because I had nobody at home and he permitted me to go and come back which I did.

“When I came back, I was induced for several hours and I gave birth on Tuesday in the morning at about 3:47am after severe bleeding. I was told that I will under go blood transfusion and my husband was not around, and had to called my mother to go and look for money which she didn’t get.

“Later, we got a donor but his blood group was not the same with my own and he left. A nurse now agree to help and she got some blood packs for us and the transfusion was done on Wednesday, Thursday and finish on Friday morning.

“I was hoping that I will be discharged that Friday but the doctor said I will be given another blood and I said I am okay, I don’t have money to continue with the blood transfusion.

“The doctor came in the evening and said that they will run another test but I told him that I was not given any form in respect to that and he left the ward.

“At about 6:19am, another lady came and move straight to my bed and asked where is the baby? and I show her the baby and she said, she will take the baby to children’s ward for blood sample and I refused but she insisted and I gave her the baby on the ground that she is a medical personnel.

“After some time I had the cry of the baby and I thought they were taken the blood sample but they couldn’t return the baby i asked my mother to go to the children’s ward but the baby was not there, I stood up and started looking for the baby, I inform the management of the hospital and they informed that police, since then I have not seen my baby.”

Mrs Chukwuebuka noted that the matter was reported to the Police but she has not received any concrete explanation from the police and the hospital management.

The Chief Medical Director (CMD) of Plateau Specialist Hospital Dr. Philemon Golwa said the management contacted the police immediately they were informed of the incident.

Dr. Golwa added that the hospital cannot disclosed anything at the moment until the Police complete their investigation and promised that every step is being taking to recover the baby.

Police Public Relations Officer, DSP Matthias Tyopev said the police has commenced investigation into the matter with a view to track the suspect.

Obasanjo Reveals Why He Will Not Stop Criticizing...