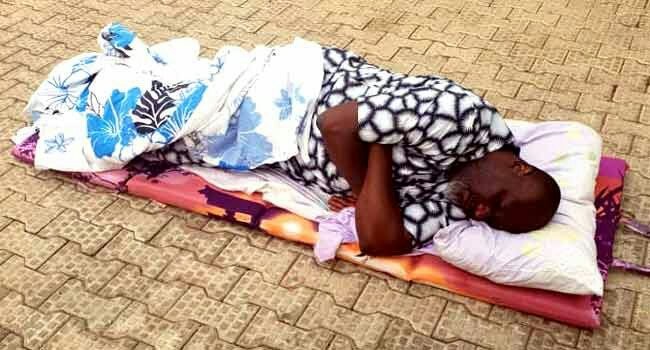 After Senator Dino Melaye was forcefully moved from the Police Hospital in Abuja to the Department of State Security Services(DSS) medical facility, within Abuja too, he has refused to enter the main building of the DSS centre.

The Senator representing Kogi West Senatorial District in the National Assembly however refused to enter the hospital after demanding the reason he was transferred to the DSS medical facility.

The Senator instead took a position on the floor within the premises, claiming he was not told why he was brought to the DSS quarters.

Do You Agree?‘After Fela, Falz Is Next, Others Are Just singing To Make Us Happy – Nigerians Hail Rapper

LaLiga: What Dembele said about Messi after 1-0...