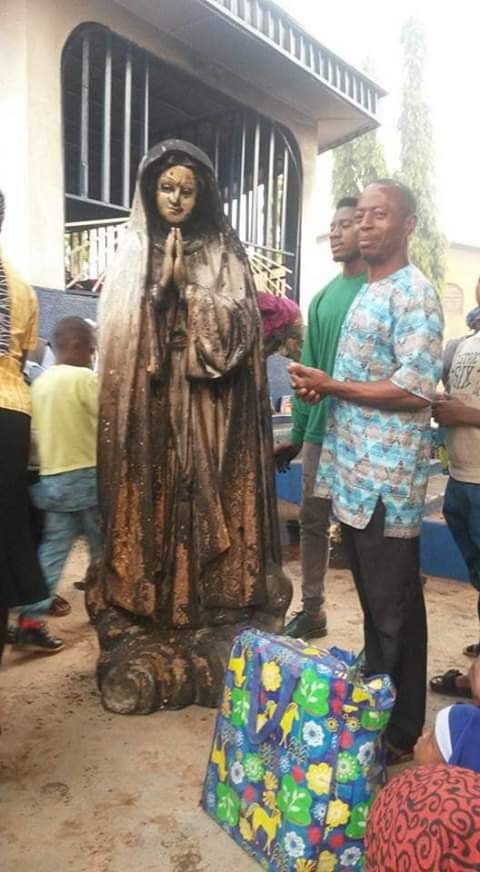 Many people were left in a state of commotion after an angry woman set ablaze a statue of the Virgin Mary in Enugu.

Parishioners at St. Jacobs Parish Orba, Nsukka in Enugu State got the shock of their lives when a woman set the statue of Virgin Mary ablaze after early morning mass on Sunday.

It was gathered that the woman reportedly waited until after morning mass, went straight into the Mary Grotto with gallon of fuel and set it on fire.

It was gathered that the suspect was arrested and she’s being interrogated to find out the reason for her action. 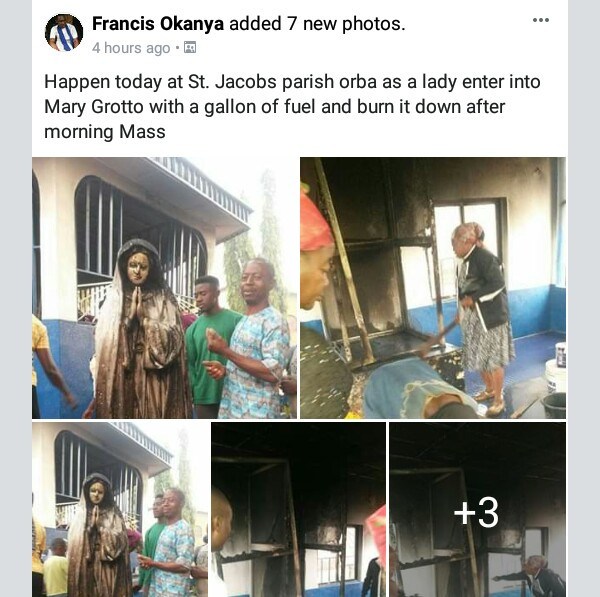 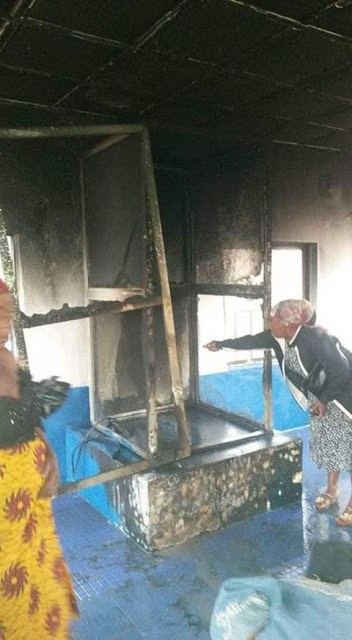 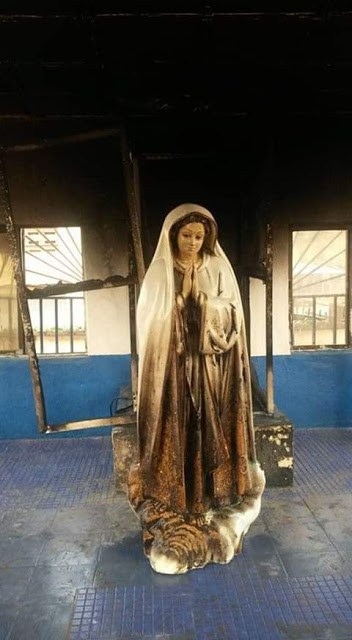 APC: Four Members kicked the bucket during a...