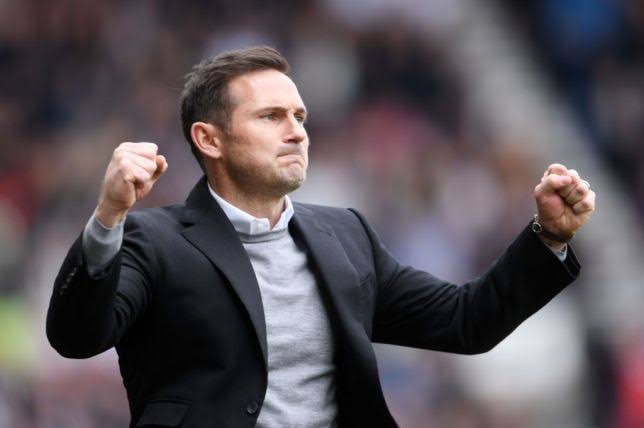 Frank Lampard is set for an emotional return to Chelsea, as the club prepare to formally offer him the manager’s job and will bring some of his former team-mates, SportsMail reports.

Derby County will not stand in Lampard’s way, provided Chelsea are respectful in their pursuit and pay a £4million compensation.

Negotiations between Chelsea and their all-time leading goalscorer to become Maurizio Sarri’s successor, will take place once permission is granted by the Championship side.

Lampard’s imminent return has seen a growing determination at Stamford Bridge, to bring back more of the club’s legends.

Petr Cech is set to return in a technical role, although no final decision will be made until his Arsenal contract expires on June 30.

There is also a long-standing desire to bring Didier Drogba back to the club in some capacity, while former midfielder Claude Makelele, who quit as manager of Belgian side Eupen on Friday, has also been linked with a return.

I Have A Deep Crush On Burna Boy...

How dangerous emotions can work for you