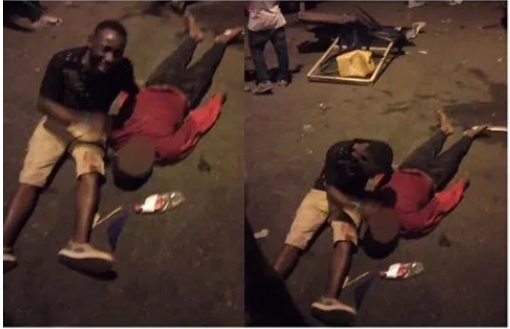 Two Men were allegedly killed by drunk policemen in the early hours of today during new year celebration in Edo State.

It was gathered that the drunk policemen were also trying to celebrate by firing gunshots into the air at their station opposite the Oba Market, little did they know tragedy lay ahead.

The bullets got one of the victim dead instantly and the other lost his life moments later as he was  not able to get appropriate first aid to keep him Alive.

The drunk policemen allegedly opened fire on the duo, which has reportedly lost their life due to the dirty incident

Married teacher arrested for sodomizing his students in...