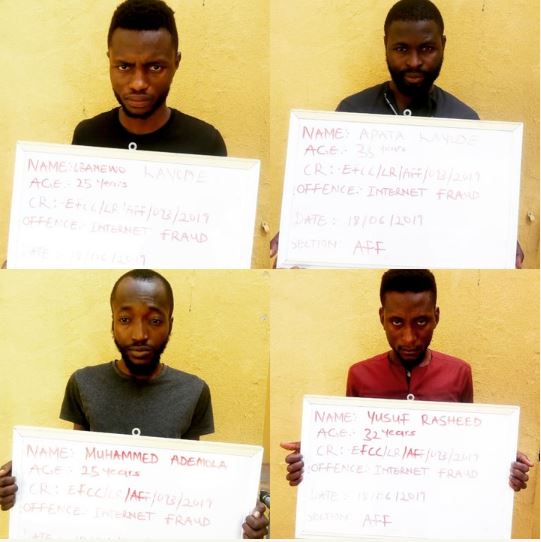 The suspected fraudsters were arrested by men of the Economic and Financial Crimes Commission in Ilorin.

Obanewo, during interrogation from officers of the Commission, admitted the commission of the crime. 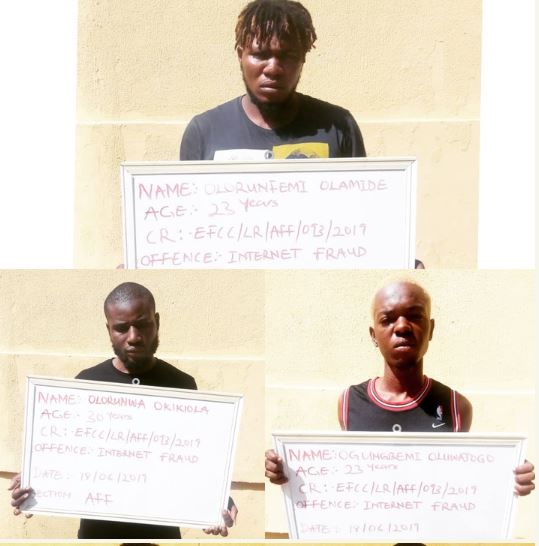 According to him, “I was arrested on the 11th of June 2019 at Mandate Estate Phase 2, but before the day of my arrest, I met a friend who introduced me to internet fraud. He gave me a laptop which was the reason behind my arrest. I saw one email address on the laptop and started using it to chat with some people at night when I come back from work,” he said.

They are Olorunwa Okikiola, Olurunfemi Olamide and Ogungbemi Sogo.

Items recovered from the suspects include, laptops, phones and sim cards of different network providers, among others.

The suspects will soon be charged to court

Man Who Jumped From Plane Dies After Parachute Fails To Open

How Ibadan-based Yahoo Boy Lost Wife To His...