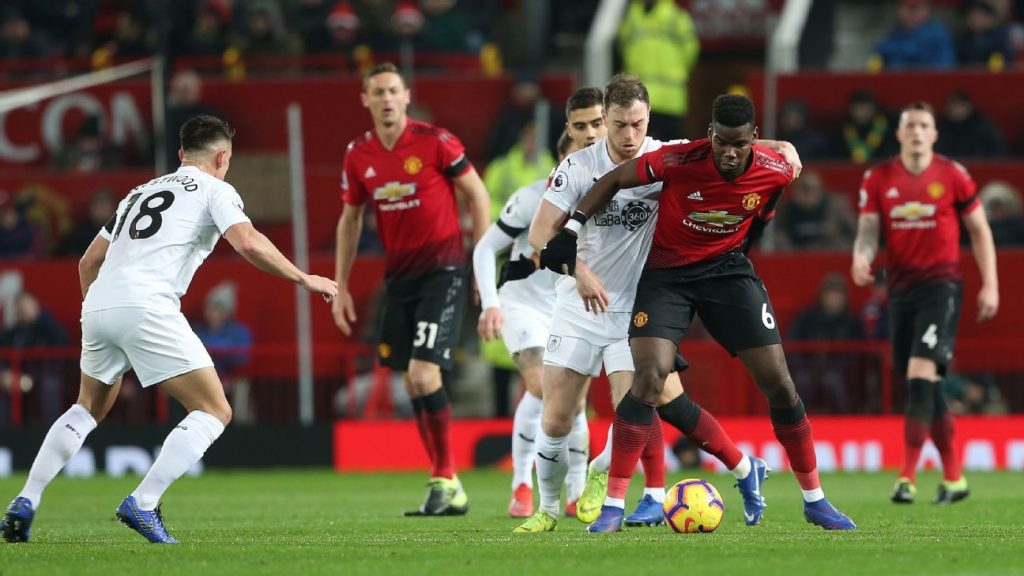 Manchester United midfielder, Paul Pogba, has spoken on his side’s 2-2 draw with Burnley on Tuesday in the Premier League.

However, Ashley Barnes and Chris Wood did score for Burnley.

Pogba hailed his teammates for their fighting spirit against Burnley, adding that the result was disappointing.

“We have to learn from our mistakes and next time start the game differently,” Pogba was quoted by Mirror UK as saying at post-match.
“The manager said to us, you have to start strong and be aggressive because that’s what they were in the first half. We played like we were winning 1-0 or 2-0, that’s where we went wrong
“The comeback was positive but the result was disappointing.
“The reaction was good, we didn’t lose, but we dropped two points we could have won.”

Drama As Woman Gets Beaten And Disgraced For...

Actress Sued to Court for wearing this visible...