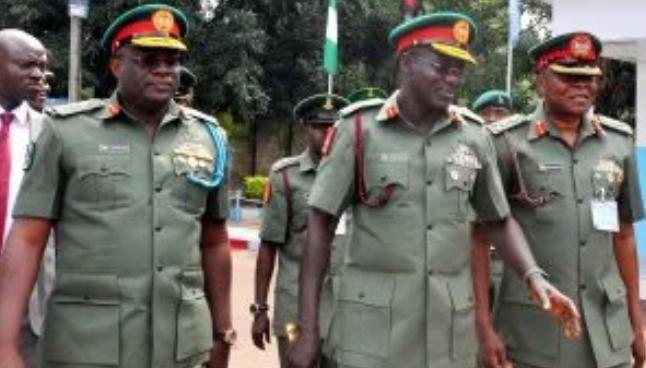 The apex Igbo socio-cultural organization, Ohanaeze Ndigbo, has alleged that some Service Chiefs in the country were making money from the war against Boko Haram insurgents.

The group expressed dismay that despite the huge funds being earmarked for the procurement of weapons to fight insurgency in the northeast the government has failed to protect lives and property of its citizenry.

Ohanaeze, however, expressed shock over the massacre of Nigerian soldiers at Metele in Borno state.

The Deputy National Publicity Secretary of Igbo body, Mazi Chuks Ibegbu, made this known in an interview with newsmen on Friday, in Umuahia, the Abia state capital, calling on President Muhammadu Buhari to explain what has happened to the security funds and why the soldiers complain of lack of weapons and welfare.

He noted that, “The Boko Haram war is now a money-making venture for some government officials and top army officers.

“If Boko Haram is not completely defeated now by this regime , it will be a disaster for Nigeria in the future”.

Stop Talking Like You're Under The Influence Of Tramadol- Frank Blasts Lai Mohammed.