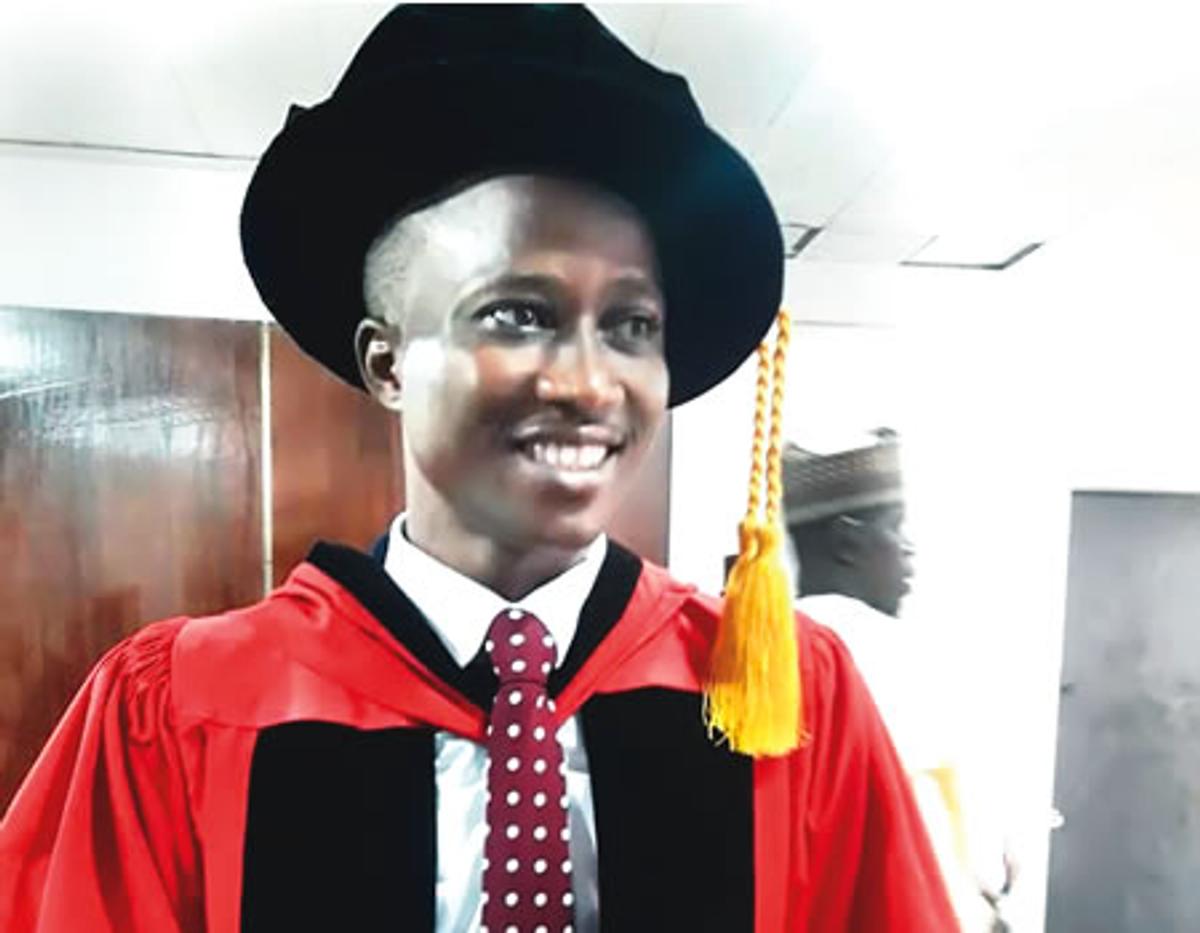 From Third Class at LASU to overall best PhD graduate at UNILAG
TUNBOSUN OGUNDARE writes on the striking achievement of Oluwaseyi Ajibade, who recently graduated with the best Ph.D thesis in his set from the University of Lagos, Akoka.

Oluwaseyi Ajibade stole the show at the 50th convocation ceremonies of the University of Lagos held last week. They were 5,405 graduands in all from the Postgraduate School of the university for the occasion. 150 of them, including Ajibade, are PhD holders, while 4,771 have master’s degree and the rest diploma.

But Ajibade, 37, stood out from the rest as he was called repeatedly to the podium to receive his numerous prizes and also have a handshake with the eminent personalities on stage, including the chancellor, pro-chancellor and vice chancellor of the university, Dr Abubakar Ibn Umar El-Kanemi, Dr Wale Babalakin and Professor Oluwatoyin Ogundipe, respectively.

He was, indeed, a cynosure at the event.

Interestingly, 13 years ago, Ajibade’s story was not that inspiring as he graduated for his first degree in Mechanical Engineering from the Lagos State University, LASU, Ojo.

Though, he had been somehow brilliant right from his primary school days up to the time he was at the Baptist Boys High School, Abeokuta, Ogun State, and also at Nigerian Navy Secondary School, also in Abeokuta, where he had his junior and senior secondary school education respectively, he graduated from LASU unsung.

“I graduated with a Third Class degree from LASU.  And that should be due to a number of factors which I may not be able to explain,” he said.

But today, Ajibade’s story is different. He was a toast of all at the convocation. This is not only because he has turned out to be the overall best PhD graduate of his set; he graduated from the prestigious ivory tower that prides itself as ‘the university of first choice and the nation’s pride.’

Ajibade, who hails from Lagos Island, was ahead of 149 other graduands in his set, including Olumide Oyebade, who won the best PhD thesis in Humanities and also the renowned comedian, Helen Paul, who bagged a PhD in Theatre Arts, to lead the pack.

Ajibade studied Metallurgical and Material Engineering and not mechanical engineering which he studied at undergraduate level. He said he opted for the course because that is where his strength lies.

He explained that he caught the vision in his 300 level days at LASU when he was the only student in a class of over 120 people who scored ‘A’ in Physical Metallurgy, a general course for all engineering students.

“Many students usually don’t pass the course, but I did very well in it,” he said.

His thesis at UNILAG, entitled ‘Developmental and Optimisation of Dual Particle Reinforced Polymer Composites for Automobile Brake Pad Application’, is centred on the use of conventional materials to develop automobile brake pad.

“I hope the project would be developed for mass use,” he said.

However, Ajibade did not come by this achievement on a platter. He told Saturday Tribune that it was a product of sacrifice, hard work, commitment, diligence, and determination, coupled with God’s benevolence.

“So having had a third class at LASU, I said to myself that I would need to work very hard to enable me to move from that level to the highest obtainable grade in UNILAG,” he declared. “And God saw my commitment and crowned the effort with success.”

He explained that he had read about many people in and outside the country who had moved from zero level to become big legitimately in the society.

Female Student Who Had Romp With FUTO Undergraduates Is Dead

Check Out Beautiful Photos From The 58th Independence...