Home » Hazard Is Not A Leader – Sarri 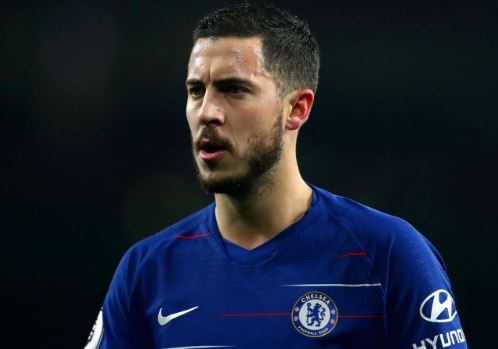 The Blues boss insists that the Belgian is more of an individual talent than a team player, calling his captaincy credentials into question.

Maurizio Sarri has praised Eden Hazard’s qualities as a great footballer, but says that the Chelsea star is ‘not a leader’.

Sarri hit the headlines last week for publicly chastising his squad after a 2-0 loss to Arsenal, claiming that his players are ‘very difficult to motivate’ and that they perhaps shouldn’t be playing at the highest level.

The Italian then went on to say that a new player, or even an ‘old head’, could be the answer to turning the Blues’ fortunes, suggesting that the club lack leadership.

Sarri was questioned further on the subject on Wednesday and the Chelsea boss cited Cesar Azpilicueta and David Luiz as potential leaders for the team, though turned heads by stating Hazard is not on that list.

“He’s more of an individual player than a leader,” Sarri said. “He’s very important for us, of course, because he’s a great player. He can win a match in two minutes, sometimes one minute.

“He is one of the best in the world, but at this moment he is not a leader.”

The Italian coach went on to discuss Hazard’s ongoing contract negotiations, with rumours of a summer switch to Real Madrid for the Belgian still swirling

Sarri revealed that the 28-year-old has still not decided on his long-term future, stating:”No, no news. I know very well that he is discussing with the club, but I don’t know anything else at the moment

“I think that he has not decided yet if he wants to stay here or if he wants a new experience in another club. I don’t know exactly the situation, but I think that Eden, at the moment, doesn’t know the final choice.”

The Blues are back in action on Thursday night in the Carabao Cup, hosting Spurs at Stamford Bridge in a crucial second leg semi-final tie.

Chelsea are a goal down after the first leg and will need to win by a margin of two clear goals to secure their place in the final.

Sarri is expecting his players to bounce back after his criticism of them at the weekend, as he added: “I think we need to react on the pitch. The rest is nothing.

“We discussed with the players how to try to improve the approach, the motivation, the determination. And so we are trying to change something in training, in pre-match, in everything.

“But I think we all have to react on the pitch, of course.”

The Five Hidden Meanings Behind “How Are You?