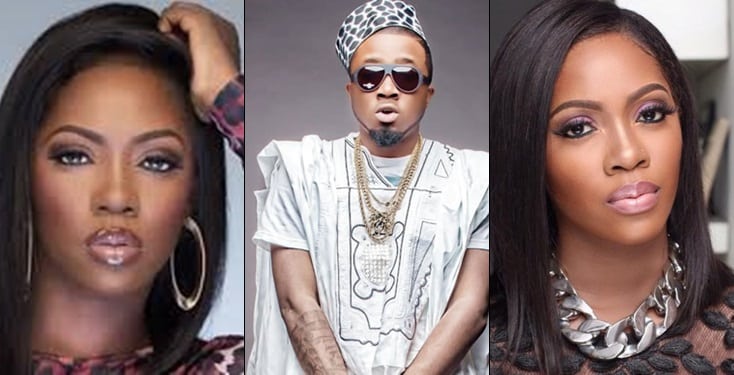 A popular Nigerian rap artist has come out to declare his unreserved support for a female colleague in the music industry who was recently dragged for filth by some other female artistes.
Sensational rap talent Ice Prince Zamani recently had an interview with Legit.ng team and the music act had a lot of things to say, especially as it concerns his friend and colleague in the music industry, Tiwa Savage.
It would be recalled that over the past few days, talented singers Seyi Shay and Victoria Kimani heavily dissed Tiwa in their individual entries for Kizz Daniel’s viral music challenge. Reacting to the development, Ice Prince called on every female act that has been coming against the Mavin queen and abusing her, to sheath their swords and ‘park well’.

He said they should be warned as Tiwa has a lot of bodyguards both in heaven and earth that are rooting hard for her and will go an extra mile to protect her all the way. Ice Prince added that he was also one of the earthly bodyguards. When asked if he was aware that one of the female singers that dissed Tiwa is affiliated with Chocolate City, the rap star disclosed that he was very much in the know. He said having the knowledge should not stop him from speaking against her wrongdoings.
Ice Prince further revealed that he spoke with the songstress on phone and she was not happy about the development and he added that, everyone in the wrong should apologize to her. The rapper concluded by calling on her to keep her head above waters and should not be bothered.
Watch the video below:

. @Iceprincezamani has a message for all the ‘small small’ girls gathering against “the queen of Africa” @TiwaSavage
Full video dropping soon🙏✌️ pic.twitter.com/2MmP776krZ
— Legit.ng (@legitngnews) April 5, 2019

Full List Of Nominees For The Billboard Music Awards

LAUTECH Is A Home Of Intellectuals And Not...

See The 80-Year-Old Woman Who Enrolled In Primary...

‘I regained consciousness on the third day after...