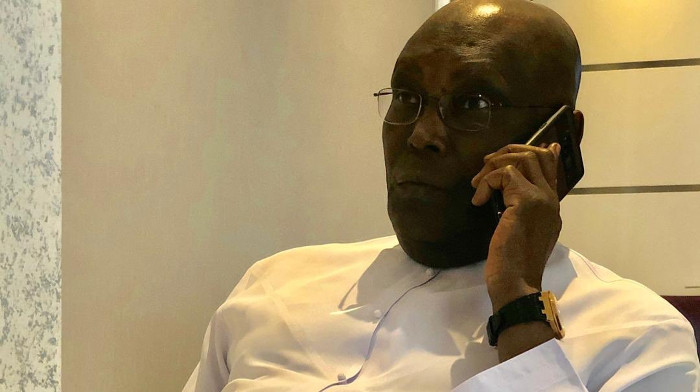 In what will come to many as a shock, INEC has alleged that Atiku Abubakar’s lawyer doesn’t have the licence to practice in Nigeria.

The Independent National Electoral Commission (INEC) says the petition filed by Atiku Abubakar, presidential candidate of the Peoples Democratic Party (PDP), were not signed by a legal practitioner licensed to practise in Nigeria.

Atiku had filed a petition before the presidential election tribunal to challenge the reelection of President Muhammadu Buhari.

Atiku’s legal team is led by Livy Uzoukwu with 31 other lawyers.

In its response as the first respondent in the case, INEC said the petition was not signed by a legal practitioner enrolled in the Supreme Court of Nigeria.

The electoral body said the results Atiku claimed to have polled were “invented” solely for the petition, adding that it never transmitted results electronically.

“That the Petitioner’s Petition, List of Witnesses and List of Documents as filed are incompetent and ought to be struck out as same were not signed by a legal practitioner enrolled in the Supreme Court of Nigeria and licensed to practise in Nigeria,” read INEC’s response to Atiku’s petition.

Speaking with reporters in March, Uzoukwu had said the legal team of the PDP presidential candidate had sufficient fact to back its case.

The electoral umpire, however, prayed that the petition be struck out for lack of competence.

Nigerian Rapper, Ikechukwu Reveals What He Will Do If SARS Officers Ever Try To Harass Him

Oh No! Two 100I Level Students drown while swimming

Bellerin And Tierney Set For Return To Training

Revealed: Check Out The Amount Of Money FG...

Victory Is Yours – Oba Of Lagos Assures...

Father cries out as Madonna university arrested his...

BBNaija: See Cee-C's Latest Picture That Has Got...