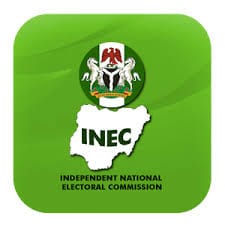 At least, 200 workers of the Independent National Electoral Commission have lost their jobs.

he Independent National Electoral Commission has said that over 200 of its staff members were dismissed for various offences after the just concluded 2019 polls, a report by Punch has revealed.

The Oyo State Resident Electoral Commissioner, Mr Mutiu Agboke, who disclosed this on Monday in Ibadan, the district capital, also said majority of the problems faced by the commission during the recent elections were orchestrated by politicians.

He insisted that the commission performed well in the elections.

Agboke spoke at a symposium titled, “2019 elections: A post-mortem,” organised by the Lanre Oladoyinbo-led executives of the University of Ibadan Senior Staff Club.

The REC, who spoke alongside Prof. Francis Eghokhare, Prof. Segun Ajiboye, Prof. Bayo Okunade and Dr Aremu, said the commission was ready to defend the results of the last elections in the state in court.

He said there were 32 election petitions arising from the elections.

He said while one petition was in respect of the governorship election, the senatorial election attracted four petitions; 12 for the House of Representatives election and 15 for the state House of Assembly election.

Agboke said, “Between 2015 and last week, over 200 of them (INEC staff members) were on interdiction. They were not alive, they were not dead. Just last week, they were recalled because their issues were revisited.

“There are some that are still in court and over 200 of them were dismissed. People did not see that majority of the problems INEC faced were orchestrated by political parties.

“What is the reason for my success in the last elections? I will tell you it is engagement, re-engagement and over- engagement.

“If you keep quiet, you allow people to suspect you. How would they (politicians) not come? If you tell them (INEC staff members), it is only those that are foolish among them, that will be hobnobbing with them, visiting them, running after them.

“We have 32 election petitions, one for governorship, four for senatorial, 12 for House of Representatives and 15 for the state House of Assembly.

“We are going to defend what we did at the tribunal and that is not to say that there were no infractions but I will not agree with you if you say nothing was good about the elections.”

In his contribution, a professor of Political Science, Bayo Okunade, reiterated the need to unbundle INEC to relieve it of the many roles it is playing in order to enhance its performance in line with the Justice Muhammed Uwais report.

The Registrar/Chief Executive of the Teachers Registration Council, Segun Ajiboye, noted that progress had been made in Nigeria’s conduct of elections.

Man Dies On Flight After Swallowing 246 Bags Of Cocaine

Woman Faints While Struggling To Snap With Tiwa...