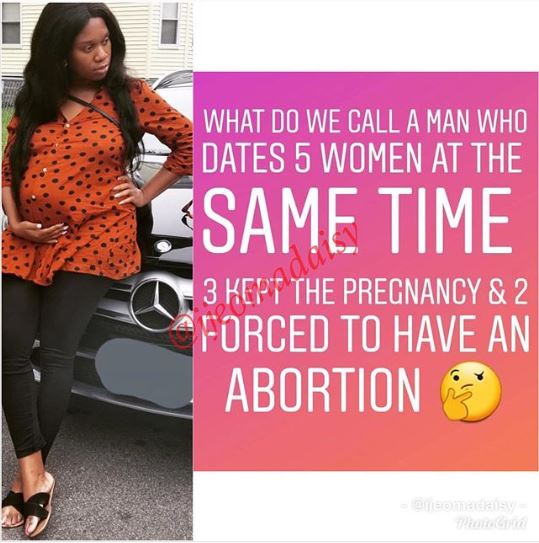 Any woman praying for the fruit of the womb might consider seeking the assistance of Ubi Franklin if the allegation is true.

Ubi Franklin who is a serial entrepreneur is a divorcee who has three children with three different women. He is also expecting a child from Sandra who seems to be at war with him at present.

To the shock of many, Sandra took to her social media account to share a revelation about the Made Men Music Group boss. This is not the first time she will be aiming shots at him in a myriad of indirect means.

“What do we call a man who dates 5 women at the same time, 3 kept the prgnancy and two forced to have an abortion,” she posted without directing the shot at him.

Ubi Franklin who isn’t new to controversies and bad reputation is from Cross River State and his people are rumoured to be warriors in bed.

Seven Things You May Not Know About Senate President, Ahmed Lawan

OSIBANJO More Active Than BUHARI, WHY?

Salah To Return For Liverpool While Firmino Remains...