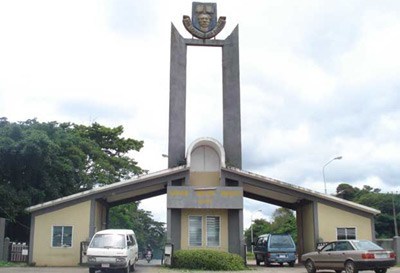 The management of Obafemi Awolowo University, OAU, Ile-ife, has accused some individuals of the host community of “criminally poisoning”’ the institution’s dam which provides water to the OAU community of over 30,000 students and staff.

The university authorities have petitioned the Commissioner of Police, Osun State Command, a copy of which was obtained by our correspondent in Osogbo through  the university Public Relations Officer, PRO, Biodun Olanrewaju.

The petition alleged  that the campus is endangered by the activity of those it described as land-grabbers who the petition alleged “forcefully gained access to the dam by overpowering the security official on duty, Mr. O.A Omotosho.

The petition, which named one of the attackers as Idowu Ogunwusi (alias Dagunduro), claimed the group freely used dangerous weapons including guns, cutlasses and axes during the attack.

The incident, the university claimed, occurred at about 3 p.m. on Wednesday, April 3, adding that those involved described themselves as members of a  “Great Ife Development Board.”

The petition, entitled Complaint of Criminal Pollution of Opa Dam, Obafemi Awolowo University, Ile-Ife, noted that the assailants gained access to the dam through a portion of the university land adjoining Parakin Area.

The petition signed by the Vice Chancellor of the university, Prof. Eyitayo Ogunmodede reads in part: “I wish to formally make a complaint of criminal pollution of Opa Dam in the Obafemi Awolowo University, Ile-Ife by some murderous members of the Ife Community.

“On 3rd April 2019 at about 1500hours, a report of invasion and pollution of the University Dam by a group of people who claimed to be members of Great Ife Development Board was received by the Security Unit of the University.

“The group of people who were fully armed with guns, axes, cutlasses, invaded the lower level of OAU dam and polluted the water with chemicals which led to the death of several fishes and other aquatic animals.

“The report also indicated that these criminally minded individuals gained access into the dam through a portion of University land at Parakin area, Ile-Ife, where there had been several reports of land encroachment by some Ife indigenes.

“The action of these people therefore poses serious danger to the health and lives of staff, students and other members of the university community.”

When contacted on the matter, the Police Public Relations Officer of the Osun State Command, Mrs. Folasade Odoro, said she was on a casual leave when the reporter called her yesterday on phone.

Adeleke is qualified to be Governor – Appeal court

Self Awareness: All you need to know about...