They are being probed for allegedly violating the university’s law against unauthorised possession and use of official documents. 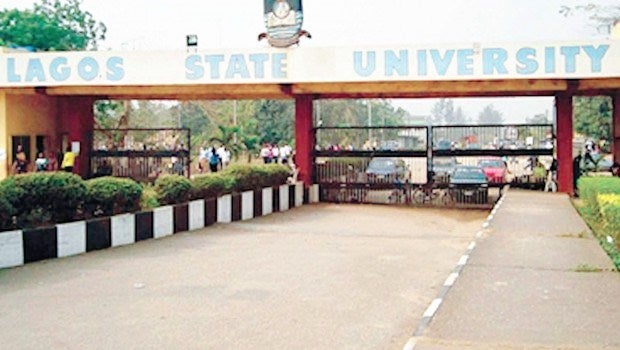 StechiteGist has confirmed that the university’s Joint Council and Senate Disciplinary Committee headed by an external member of the council, Sunny Ajose, has submitted its report to the governing council for the final verdict.

The committee’s recommendation will form part of the council’s deliberation at its 122nd meeting when it reconvenes on Thursday.

Some of the affected lecturers are Anthony Dansu, Senior Lecturer, Department of Human Kinetics, Sports and Health Education; Adeolu Oyekan, Lecturer 1, Department of Philosophy, and Kemi Abodunrin-Shonibare, an associate professor, Department of African Languages, Literature and Communication Arts. The trio are the Secretary, Assistant Secretary and Treasurer of the university’s chapter of the Academic Staff Union of Universities (ASUU), respectively.

They are being probed for allegedly violating the university’s law against unauthorised possession and use of official documents.

Similarly, the union’s financial secretary, Hamzat Edu, a lecturer 1 at the Department of Islamic and International Law, has also been tried by the same disciplinary committee over allegation of divided loyalty to the institution.

Two other lecturers, Kehinde Coker, Lecturer 1, Department of Religions, and Olusegun Henry, lecturer 1, Department of Paediatrics and Child Health, faculty of clinical sciences at the LASU College of Medicine, have also been tried over allegations of sales of marks and receipt of financial inducement, and absence from duty without permission, respectively.

Other cases pending before the committee but which report may not be available for council’s decision include those concerning members of the non-academic staff. They include the allegation of illegal collection of money and issuance of falsified transcript against Adegoke Adetutu, executive officer, Postgraduate School; allegation of serious misconduct against Adesola Ashafa, an administrative officer II at the academic staff establishment unit on the campus.

Also, a principal assistant registrar at the university’s office of the Joint Universities Preliminary Examinations Board, Ekundayo Idowu, is being probed for alleged sexual harassment and extortion of money.

There are also other junior non-academic officers including security guards facing allegations of negligence of duty and theft, among others.

The ASUU connection
Whatever action the council states on Thursday may worsen the cat and mouse relationship between the university management and the leadership of the academic staff union.

In 2017, Isaac Oyewunmi and Adebowale Adeyemi-Suenu, chairman and vice-chairman of LASU chapter of ASUU respectively, were among 15 staff sacked by the governing council.

The development, which is currently being challenged in court, led to a series of allegations and counter-allegations against the university management and the union leadership.

In 2018, ahead of the selection process for a new registrar at the university, the university’s chapter of ASUU petitioned the governing council, accusing the immediate past Registrar, Akinwunmi Lewis, of illegally backdating the professorial promotion of the incumbent vice-chancellor, Olanrewaju Fagbohun.

The petition, which was signed by Messrs Dansu and Oyekan, accused Mr Lewis of misinterpreting the decision of the council, which was taken on May 7, 2014, to promote the vice-chancellor by backdating the promotion to 2008.

The union had attached a document classified as ‘confidential’ and containing the purported governing council’s decision to the petition.

The management accused the leadership of ASUU of unauthorised use of the document which was believed to have been illegally taken from Mr Fagbohun’s file in the office of the Dean of the Faculty of Law, Fabunmi Adeleke.

The attached document allegedly shows the stamp of the dean’s office, and it was established that the original copy in the file was missing. Both Messrs Dansu and Oyekan, who were signatories to the petition, were accused of contravening both the university’s conditions of service and the Lagos State criminal law.

The dean of the law faculty, and a staunch member of the union, also appeared before a panel over the alleged release of the document. He, however, dissociated himself from the leakage, accusing the leadership of ASUU of engaging in illegality punishable under the law.

In a letter he addressed to the leadership of ASUU on the matter, a copy of which PREMIUM TIMES obtained, Mr Adeleke accused the union of subjecting him to public ridicule and that the action has made people doubt his integrity.

He said as a member of the Governing Council representing the union, he found it extremely difficult to exonerate himself but advised the union to return the document to his office. He said the faculty is the one accusing ASUU leadership of theft of document, which he noted is a criminal offence.

He said until the document was returned, he would have nothing to do with the leadership of the union on the campus, while insisting that he is a proud member of ASUU.

Both Messrs Dansu and Oyekan were also accused of peddling lies against the university, especially over the real reasons the former chairman of the union and his deputy were sacked. They were accused of granting interviews and publishing in the union’s bulleting ‘lies’ against the institution’s management.

On her part, Mrs Abodunrin-Shonibare, who was promoted as an associate professor in 2017 as against her acclaimed due date of 2012, had written to challenge the alleged delay in her promotion. She attached copies of her assessor’s reports in the past years to her petition, to substantiate the injustice meted to her.

The university, while agreeing for a review of the case, said the attached documents are part of those classified as confidential documents and are not to be in the custody of the assessed candidate.

She was subsequently tried for illegal possession of confidential documents and a possible influence of the assessors.

University justifies action
Speaking on the development, the Head of the university’s Centre for Information, Press and Public Relations (CIPPR), Ademola Adekoya, said everyone indicted has been given fair hearing by the appropriate disciplinary committees.

He said the university takes laws as sacrosanct, and challenged the union leaders to produce laws authorising them to obtain confidential documents.

He said the peaceful atmosphere on the campus had ensured a stable academic calendar, and that the efforts of the new management to instil discipline and build a culture of sanity is being resisted by a few individuals.

“When ASUU approached the industrial court, I am aware the council suspended action on the matter. But it has been struck out finally. So in terms of adhering to the rule of law, the university is excellent. Our vice-chancellor is not just a professor of law but also a senior advocate of Nigeria (SAN). So he cannot do anything unlawful.”


ASUU kicks
In a telephone interview with PREMIUM TIMES, Mr Dansu said the union was not aware if the council received any report from the disciplinary committee to warrant their sack.

He said he alongside Mr Oyekan had refused to testify before the panel based on what he described as the bias disposition of the committee’s members.

“There are two cases against us, and on the possession of confidential document we had approached the industrial court, which found merit in our matter but felt nothing could be entertained until the university carries out an action, and so struck out the matter.

“We are not comfortable with this position by the court, and we have filed an appeal at the appellate court in Lagos. I am aware the university has received the notice of appeal, and so I don’t believe the university can take any action that will not amount to sub judice.

How to Transfer Your WhatsApp Data from iPhone...

Dangote reveals why he has no personal house...