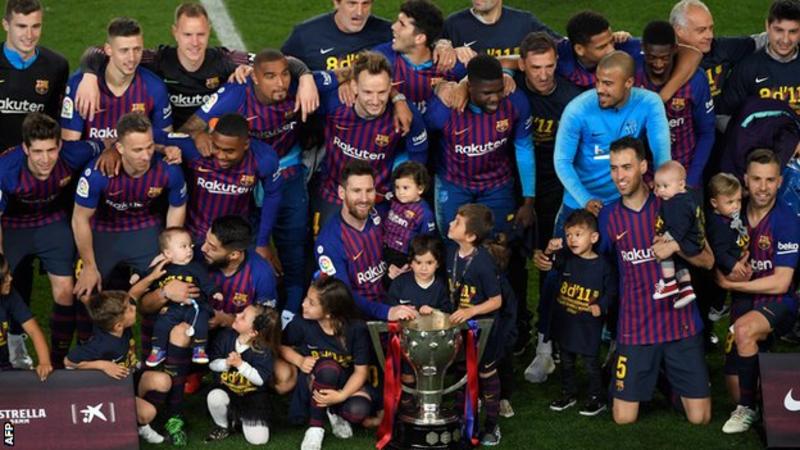 World famous footballer, Lionel Messi has set a new record as he came off the bench to seal victory for Barcelona against Levante.

Lionel Messi came off the bench to hand Barcelona its fourth La Liga title in five years in a 1-0 defeat of Levante.

Messi broke Andre Iniesta’s record as the player with the most La Liga titles with Barcelona, setting a new record at 10 titles, one title ahead of the Spanish midfielder.

Messi broke the deadlock in the 61st minute when he picked up Arturo Vidal’s header inside the box and curled a low shot past Aitor Fernandez. 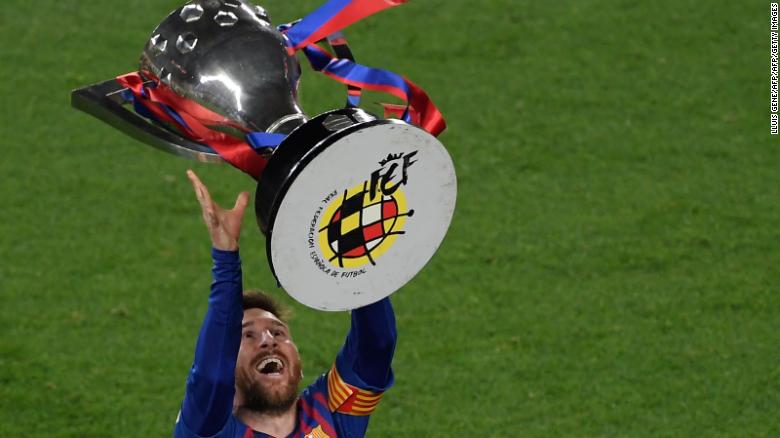 This goal was his 24th league goal as a substitute, the highest from any player off the bench in at least 19 years.

Messi ultimately sealed the victory with a cool finish to ensure treble-chasing Barca remain on course for a memorable season for the club’s 26th La Liga title on Saturday.

Cries of “campeones” rang out from the 91,000 supporters crammed into the Nou Camp but Barca’s players dropped their concentration and Jose Luis Morales should have levelled for the visitors but blasted over the bar.

The Argentine notched his 34th league goal of the season with the goal.

Barcelona have now won its eighth league crown in 11 years.

With three matches remaining, a nine-point lead over Atletico Madrid and a superior head-to-head, although amazingly it was the first time since 2010 they had clinched it at the Nou Camp.

They remain on track for a third treble since 2009 with the Copa del Rey final against Valencia next month. 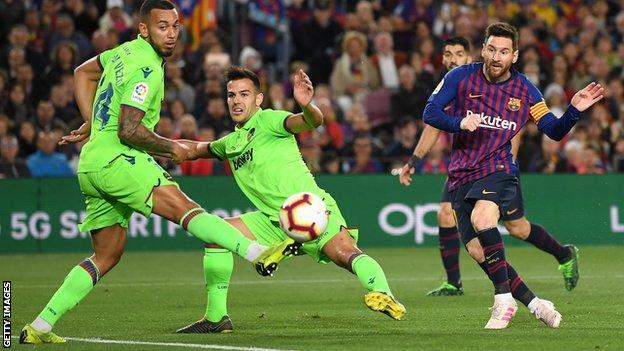 Levante also hit the post in the final stages as Barca were left clinging on to their narrow advantage deep into stoppage-time but relief came when they cleared a corner and the final whistle sounded.

Barca lead the standings on 83 points after 35 games, an unassailable nine clear of second-placed Atletico Madrid with three matches left because they have a superior head-to-head record with Atleti this season

The Best Plan to Celebrate Christmas