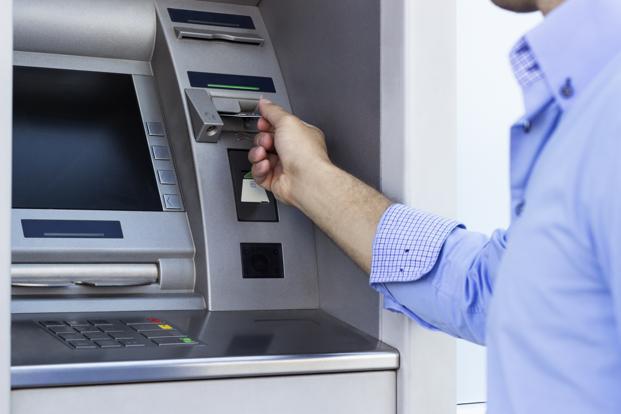 A man has been nabbed after he was found out to have stolen a student’s ATM card while she was in the exam hall.

The police in Ogun on Friday arraigned a 25-year old man, Kazeem Jinadu, who allegedly stole a student’s Automated Teller Machine (ATM) card during an examination and used it to withdraw N60,000 from her account, Vanguard reports.

Jinadu appeared before an Abeokuta Magistrates’ Court on a five-count charge bordering on stealing, conspiracy and fraudulent conversion. Jinadu, who resides at Orile-Iganmu area of Lagos, however, pleaded not guilty.

He was charged with stealing two ATM cards and phones from a student of Moshood Abiola Polytechnic, Abeokuta, Miss Oluwafunmilola Sopeju, while she was writing an examination. The prosecutor, Sgt. Adejoke Adebari, said that the defendant committed the theft on March 3, at the polytechnic located at Ojere, Abeokuta.

Adebari said that Sopeju, a Higher National Diploma student of the polytechnic, kept her bag beside a door of the examination hall but discovered after the examination that her bag containing phones and two ATM cards had been stolen.

According to the prosecutor, the defendant usually ganged up with others and came around during examinations to steal students belongings. Adebari said when Sopelu went to the bank to block her Guaranty Trust Bank ATM card, which was stolen along with her First Bank ATM card, she discovered that N60,000 had been withdrawn from her account.

“A banker’s order was issued and a close circuit of the ATM footage revealed the defendant as the perpetrator,” she said, adding that Sopelu’s phone was later tracked and the defendant arrested at Orile Iganmu through the phone number of his friend he transferred an amount of money to.

The Magistrate, Mrs Sam Obaleye, granted the defendant bail in the sum of N100,000 with two sureties. Obaleye said that the sureties must reside within the court’s jurisdiction and show evidence of tax payment to the Ogun Government. She adjourned the case until June 3, for trial

Sweet Marriage: Adorable Photo Of Timi Dakolo And His Wife

I have no regrets burning her family, she...

We'll Be Ready For Super Eagles And Their...

Cardi B Says She and Offset Have Broken...