Home » Man Dies On Flight After Swallowing 246 Bags Of Cocaine 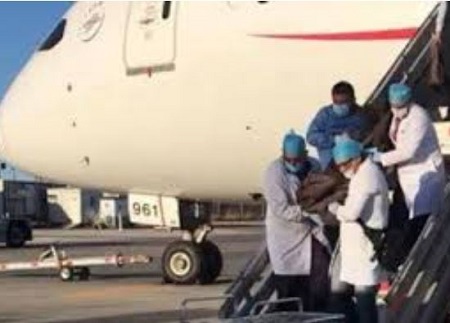 The man had caught a connecting flight from Colombian capital Bogota, when he died of a swelling of the brain caused by a drug overdose.

A Japanese man has died on a flight after swallowing 246 bags of cocaine.

The man began to have seizures on the flight bound for Japan’s Narita International Airport.

Not long into the plane’s journey from Mexico City pilots were forced to make an emergency landing in Mexico’s Sonora state in the north of the country.

The man, named as Udo N, had caught a connecting flight from Colombian capital Bogota, when he died of a swelling of the brain caused by a drug overdose.

Paramedics boarded the plane once it landed at the airport in Hermosillo, but it was too late.

The bags were found in his stomach and intestines.

During the autopsy 246 bags, measuring 2.5cm long and 1cm wide, were found in the 42-year-old’s stomach and intestines.

Following the emergency landing the 198 passengers still on the flight were able to complete their journey.

Although prices fluctuate and differ from region to region, a kilo of cocaine costs around 190 times more in Japan than in Mexico.

Passengers burnt beyond recognition in a terrible accident...

The Undisclosed reason why Atiku didn't participate in...