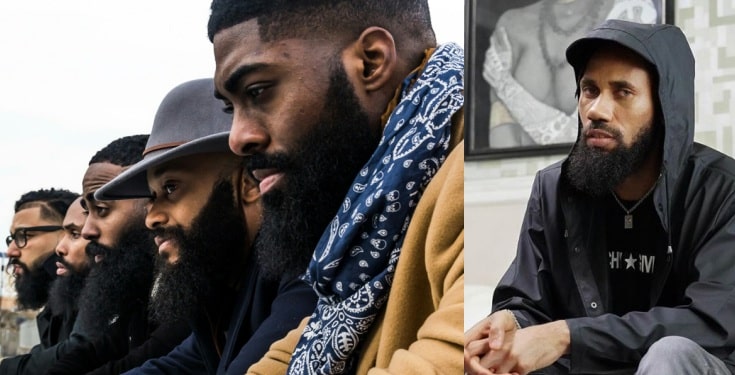 The study actually intended to understand whether humans could contract dog-borne diseases from a MRI scanner shared by veterinarians.

The researchers took swabs from the scruff of 18 fellas and the necks of 30 canines of various breeds. They found that all of the bearded men, who were aged 18 to 76, had high microbial counts, while only 23 of the 30 dogs showed similarly high microbial presence.

Seven of the men tested positive for microbes that actually posed a threat to human health.

“On the basis of these findings, dogs can be considered as clean compared with bearded men,” says Gutzeit.

Scientists also wiped down the MRI scanner after examining the dogs, and found a “significantly” lower bacteria count compared with levels after human use.

But mustachioed men beg to differ with any negative assessments of their bristles, pointing out that some folks’ maintain better hygiene than others.

“I think it’s possible to find all sorts of unpleasant things if you took swabs from people’s hair and hands and then tested them,” says Keith Flett, founder of the Beard Liberation Front. “I don’t believe that beards in themselves are unhygienic.”

And he’s tired of his bearded brethren catching so much flack for their fur.

“There seems to be a constant stream of negative stories about beards that suggest it’s more about pogonophobia than anything else.”

Lover of Photography: “The Native Of The...