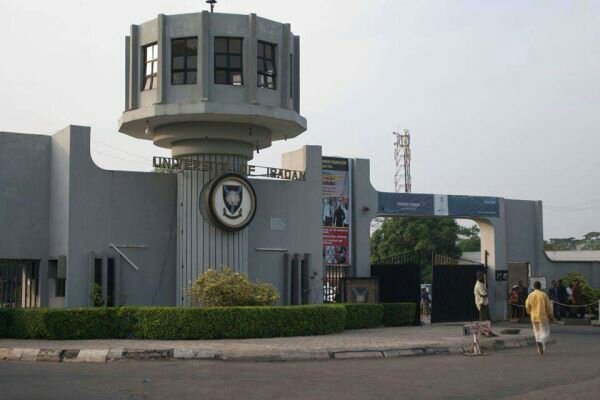 Nigeria’s premier university, the University of Ibadan, is enmeshed in alleged corruption scandal bordering on misappropriation of varsity funds totalling over N1.98 billion.

It was learnt that the sum is substantially internally generated annually from school fees and other levies charged by the university for postgraduate, undergraduate, diploma, and distance learning programmes.

A group of students and varsity dons who levelled the allegation were already spoiling for a showdown with the authorities.

Some of the agitators claim that they were putting together a petition to the Economic and Financial Crimes Commission (EFCC), and the Independent Corrupt Practices and other related offences Commission (ICPC).

They have also urged President Muhammadu Buhari to beam the anti-corruption searchlight on the institution.

But Dr. Michael Alatise, the University Bursar, said those complaining should come out bold with facts. He said emphatically that he could beat his chest for the University of Ibadan when it comes to transparency.

The agitators regretted that despite huge revenue generated by the institution, learning facilities such as laboratories, libraries, and materials for research had continued to elude key centres and departments of the institution.

They also pointed out that petitions filed against the immediate past and present management of the institution had been ignored or bypassed.
One of the petitioners disclosed that the postgraduate school of the institution, in particular, was the bedrock of the alleged corruption crippling the institution.

According to her, the postgraduate school is run on collegiate system, allowing it to enjoy a quasi-semi-autonomous status.

According to our source, only 40% of the sum per student gets to the teaching department.
“The remaining, over N100,000 or so per student, was retained in the Postgraduate College for administration of programmes, and it is between the provost of the college and the vice chancellor of the university.”

Despite the reasonable sums generated, it was learnt that quite a little is ploughed into the system in terms of equipment.
It was further gathered that the last time teaching and research equipment were upgraded in the institution, especially for science students/courses, was in the era of Professor Olufemi Bamiro that lapsed in 2010.

Said another source, “Regrettably, most of that equipment are now outdated, some are not functioning, or completely damaged or in disuse because of poor maintenance by the present and immediate past management of the varsity.

“How can we compete favourably with the rest of the world or expect any development as a nation if we continue to produce students that are not up to date with facilities and equipment in their course of study?

“How can we raise our heads high in the committee of dons in the world and say we have produced the best if even we, as teachers, are not availed the latest equipment in our field of practice? It is garbage in, garbage out for us and that is the sad truth.”

According to her, TETFUND was supporting varsities with construction of buildings and the university was also heavily subsidised by the Federal Government which pays the salaries of all the staff of the institution, which is over one billion naira per month.

She alleged that little scrutiny was given to the almost N2 billion being generated by the university.

More worrisome to the agitators are the threats by the varsity management against perceived critics of the administration.
She said at least two of those who are bold to speak out against the alleged corruption and maladministration in the university have been coerced into submission through phony staff disciplinary actions.

“Some have been suspended or dismissed by the authority and that is why we are asking the anti-graft agencies and most especially President Muhammadu Buhari, who is the visitor to the university, to look into this matter so as to salvage not only the premier university but also the entire education sector,” she added.

Dr. Alatise, who debunked the allegations, said the university was not only transparent in deployment of funds, it was also prudent in the utilisation of fees paid by students of the university.

“To the best of my knowledge, student fees is the prerogative of the university to utilise. It is not as if it is targeted at any particular project.

“Where any fund is targeted at any particular project, such fund is labelled. I’m not sure there is any student that got receipt for developmental fee for specific project.

“Development of infrastructure in the university normally should be funded by government through series of interventions, and it is a continuous process.

“For instance, the seed fund of N98 million, we are yet to deploy for various projects it is meant for. This Friday, the university’s tender’s board will be meeting to decide for which projects the fund will be used.

“It can only be for facilities that need updating, and then we deploy the funds to those projects.

“You see, if it is University of Ibadan, I can beat my chest for transparency. No funds can be used for any project it was not earmarked.

“You know, in UI, everybody can speak, everybody writes. If those making the allegations say they are victimised, then they should give more information. What they are talking about is strange. In fact, I have no idea”, he said.

Oh no! 200I female Student got trapped by Asthma at mini- campus

Once You Join APC, All Your Sins Are...

The Nigerian Police Are A Bunch Of Illiterate...