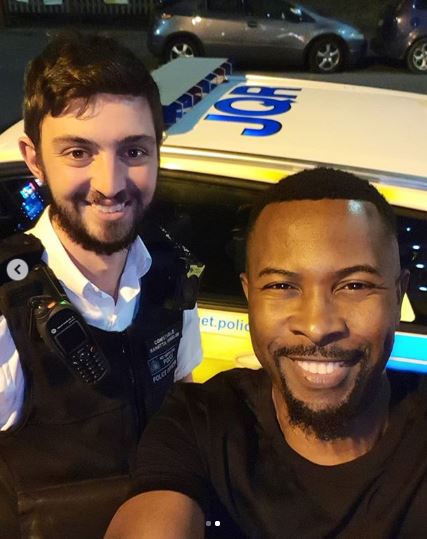 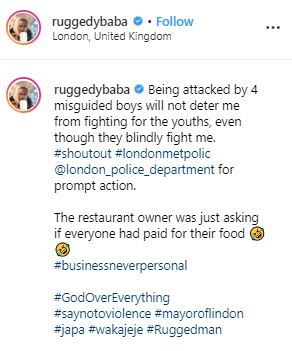 Michael Ugochukwu Stephens, known professionally as Ruggedman, has been attacked by four unidentified men in a restaurant in London.

He also confirmed the attack in another video, stating that, “being attacked by for misguided boys will not deter me from fighting for the youths, even though they blindly fight me.”

The attack has been linked to the fans of a musician and suspected internet fraudster, Naira Marley, who was recently released from the Ikoyi Prisons on bail after weeks of incarceration.

View this post on Instagram
Being attacked by 4 misguided boys will not deter me from fighting for the youths, even though they blindly fight me. #shoutout #londonmetpolic @london_police_department for prompt action. The restaurant owner was just asking if everyone had paid for their food 🤣🤣 #businessneverpersonal #GodOverEverything #saynotoviolence #mayoroflindon #japa #wakajeje #Ruggedman
A post shared by RUGGEDMAN (@ruggedybaba) on Jun 14, 2019 at 4:51pm PDT

‘I will rather date a monkey than a...

Rihanna Becomes the Richest Female in the World

What Offence Can Your Love Partner Commits That...