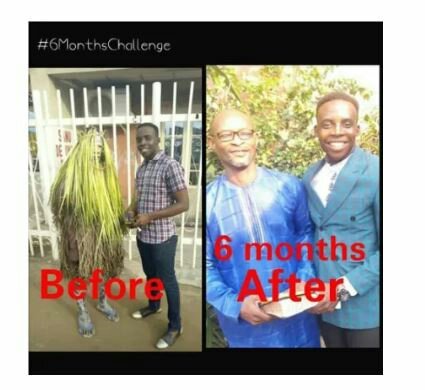 In a quite surprising turnout of events, a masquerade converted to Christianity after an evangelist met him on the road and preached to him.

Six months later, he’s now an evangelist and the man who won his soul has taken to Twitter to share on how it happened.

Daniel Olawande said the “Lord led me to preach to a masquerade named Segun.” Segun was immediately converted and was sent to a “Rehabilitation and Discipleship school“. He is now “saved” and has now become an evangelist.
Daniel Olawande wrote:-

Today I am the happiest man on earth, 6 months ago, the Lord led me to preach to a masquerade named Segun, He got saved, he went to church and we sent Him to a Rehabilitation and Discipleship school.
Today He is a graduate of the Discipleship school and Rehabilitation. 6 months thoroughly taught in the word of God. Kai My fruit Abides He is saved and now becoming an evangelist.

Beauty of Soul winning
Met Him a masquerade
He Just Graduated from Rehabilitation and Discipleship school, Ready for the work of the gospel now.
Beyond evangelism, do follow up.
I am a soul winner
P.Daniel

Yabatech student nabbed after stealing over ₦500,000 during...

Time is the greatest valuable and many needs...

How Walcott Fell Out Of Love With Football...

My Big Boobs Are Too Sexy And Sweet...

FG To Shut Down Enugu Airport