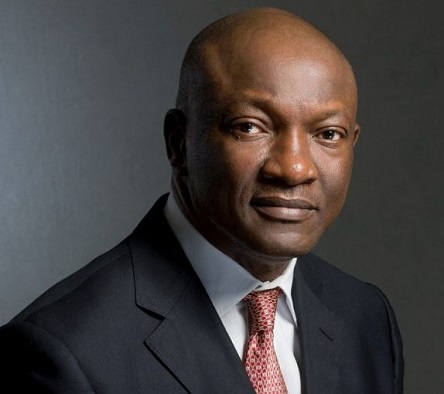 Gani blamed Agbaje and the overwhelming presence of the All Progressives Congress (APC) in the state for the party’s loss of the elections in Lagos.

The Lagos State chapter of the Peoples Democratic Party (PDP) has blamed Jimi Agbaje, its governorship candidate, for the defeat the party suffered at both the presidential and governorship elections in the state.

Taofik Gani, Publicity Secretary of PDP in Lagos, stated this in an interview with The Nation newspaper, published on Friday.

He blamed Agbaje and the overwhelming presence of the All Progressives Congress (APC) in the state for the party’s loss of the elections in Lagos.

He said one of the reason for the “embarrassing” defeat of the PDP, particularly during the governorship election, was because Agbaje decided to handle campaign logistics single-handedly, barely 72 hours to the election.

He said: “We were faced with situations where we could not get to campaign or reach out to people in some areas. For instance, some royal fathers and chiefs were very hostile to many of our candidates for fear of being witch-hunted by the ruling party. Indeed, some government functionaries and royal fathers were bold enough to give support to some of our candidates. But, generally what played out was obvious desperate preparedness and bulldozer-like style of the APC in Lagos, which overwhelmed our own planning.

“About 72 hours to the presidential election, actions and inactions that were obviously reactionary and defeatist cropped up. I will say that the last straw that broke the camel’s back was the happenings in the last 72 hours wherein the PDP governorship candidate, Mr Jimi Agbaje, alienated some members and leaders of the party from the final disbursement of logistics. This action consequently reflected in the participation of voters for the PDP.

“If Agbaje is still trying to rationalise his apparent misdeed, then, he is not doing himself any good. I will advise him to accept that he committed a big blunder to have unilaterally disbursed logistics provided by the presidential candidate, Alhaji Atiku Abubakar, to the extent that neither the state chairman, Dr. Adegbola Dominic, nor the party leader, Chief Bode George, knew anything about the manner of disbursement. I’m also aware that other leaders like Senator Adeseye Ogunlewe, Chief Mrs. Aduke Maina and Senator Kofo Bucknor-Akerele are still shocked that Agbaje could be that unilateral.

“As the image maker of the party, I’m still struggling to defend the issues surrounding the disbursement of the election logistics, because the action was such that can destroy loyalty, commitment and selflessness top the party. I will reiterate that Agbaje should find a forum to publicly apologise to the party for the manner he influenced the last actions of the presidential elections. But for the fact that Agbaje is the governorship candidate, one would have hastily declared him as a saboteur in Lagos PDP.

“The money in question was not near what we knew the APC spent in Lagos. But the sum was enough to compliment the ready-made votes for the PDP. The manner of disbursement adopted by Agbaje leaves much to be desired. The problems created by the recent governorship election in Lagos PDP are such that the national headquarters must act swiftly to forestall complete disaffection within the party. Lagosians have been disappointed. Efforts must be made to restore the love and confidence of Lagosians in PDP.”

DELSU sanctions 15 lecturers due to Plagiarism

Tragedy As Two Men Electrocuted While Working On...