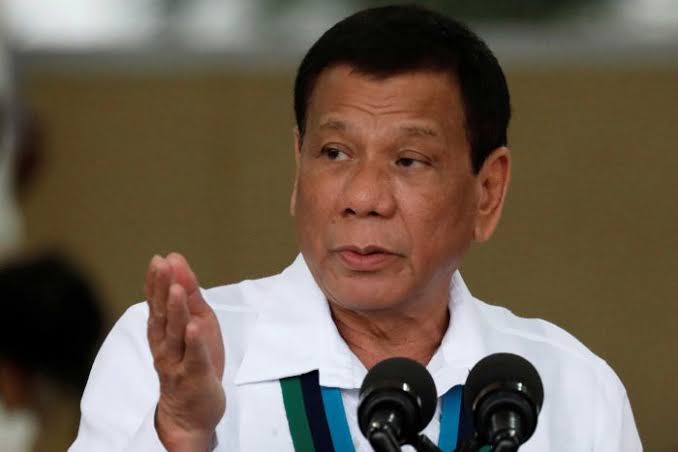 Philippines president, Rodrigo Duterte has sparked fresh outrage after admitting he sexually assaulted a maid when he was a schoolboy.

Duterte has long been criticized for his attitudes towards women.

The President, who had before compared himself to Hitler and launched a ‘War on Drugs’ claiming thousands of lives, made the comments during a speech concerning land reform.

He was telling an anecdote about a confession he made to a priest as a schoolboy.

He claimed he had gone up to her room while she was asleep and had touched her inappropriately. He then compounded it by saying he later returned to the room to assault her a second time.

Describing the incident, which happened when he was a teenager, Duterte said, “I went to the room of the maid. I lifted the blanket. I tried to touch what was inside the panty. I was touching. She woke up. So I left the room.”

A transcript revealed that he tried to perform sexual act when he returned to the maid’s room.

Duterte faces call to resign, as his actions are said to bring shame on the entire nation.

In response to his confession, Human Rights Group called on Duterte to step down. The Organization said, “This latest confession has brought shame not only himself but on the entire nation. He has proven himself unworthy of his position and should resign.”

However, the spokesman for the strongman, Salvador Panelo later claimed the story was made up.

STORIES: The Minister's Son and I – Chapter 4

Nigerian Woman Flogged Mercilessly By Her Brother For...

Photos: FUTA VC danced it all at Campus...