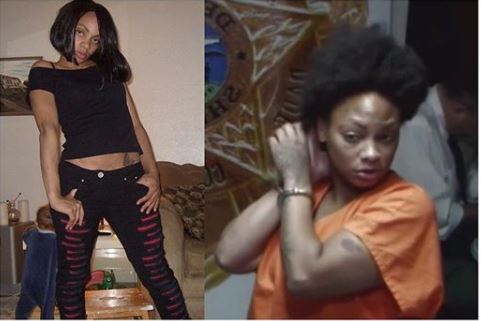 Brookens ran out of the room and was pursued by the man, who found her trying to get into a taxi and saw the watch bag sticking out of her purse.

A Miami woman accused of stealing Rolexes from a man she met at a bar, set off jail metal detectors after hiding the watches in her “vaginal area,” authorities said.

Delajurea Kentrazeajua Brookens, 29, met the man at Mango’s nightclub in Miami Beach and they went back to his hotel room.

At one point, the man went to the bathroom and when he came back, he noticed a Crown Royal bag containing his five luxury watches worth about $108,000, was missing.

Brookens ran out of the room and was pursued by the man, who found her trying to get into a taxi and saw the watch bag sticking out of her purse.

The man grabbed the bag and the two got into a struggle, and Brookens hit him over the head and was able to flee on foot.

The man fell to the ground and suffered a cut to the top of his head, but the taxi driver called police and officers responded. The officers found Brookens near the hotel and found the bag but it only had one watch in it.

Officers searched the scene but didn’t find the other watches, and Brookens was taken into custody, but as she was being processed through the jail, she went through a metal detector that “showed items that were in her vaginal area.

10 Great Jobs for Undergraduates during this ASUU Strike

Photo Of Three Heartless Robbers Who R-ped A...

Ex Governor Fayose in a fatal accident on...

US vs Iran: Germany Speaks On Next Action,...