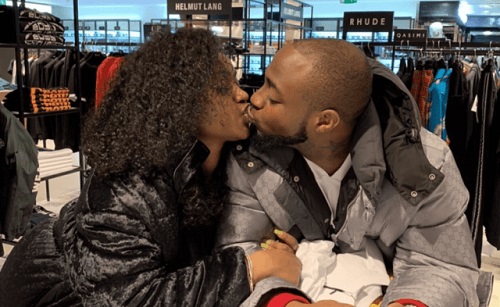 Nigeria Star Musician, Davido has revealed that his current relationship with Chioma is still intact after sharing new photo with his fans.

The lovebirds have been spotted together once again kissing passionately, following the breakup rumours that ignited after Chioma’s instagram account was mysteriously deleted.

The Popular Nigerian singer, Davido has decided to drop this photo on his instastory.

He once disclosed that his babe was taking a break on social media in order to concentrate on her career as a chef.

However, Davido has started preparations in london with his girlfriend for his upcoming show on January 27th.

While they were at it, they took a break to have a public display of affection.

#2019debate: Why Atiku Stormed out of presidential debate

Governor Weeps In Public After This Happened During...

OAU 'Sex-For-Marks' Lecturer to Remain in Prison as...

See What Kwankwaso Is Saying After Being Involved...