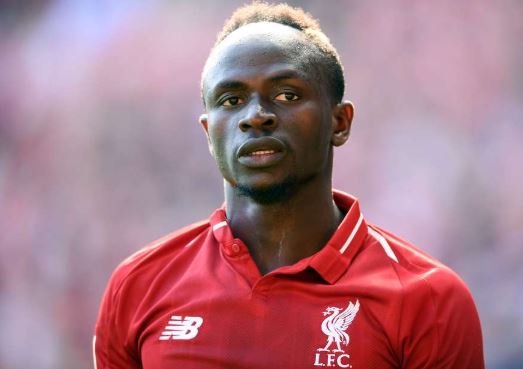 The Liverpool winger’s international manager thinks that winning the AFCON would help him claim the Golden Ball for a stellar 2019.

The Liverpool winger played a pivotal role in the Reds claiming Champions League glory while he also ended the season as the joint-highest goalscorer in the Premier League with 22 goals.

And Cisse thinks that he is well placed the be the next Ballon d’Or recipient after Luka Modric finally broke the 10-year dominance of Cristiano Ronaldo and Lionel Messi by claiming the award in 2018.

When asked if it’s Mane’s time to receive the Ballon d’Or, he told Goal: “Why not? He has worked hard not only in the last year but since 2011, where I’ve known him to have great discipline and high professionalism. I followed him from his time in Austria and Southampton until he arrived at Liverpool.

“What he has achieved this year is a result of great effort over many years and winning the AFCON will be an extension of those efforts. It will take him a step closer to the Golden Ball, which I think he deserves to win.”

Despite his incredible form at club level, Mane has seen his performances for Senegal called into question, with the 27-year-old even booed by his own supporters during an Africa Cup of Nations qualifying win over Equatorial Guinea.

Cisse, though, believes the former Southampton star’s ability cannot be denied and that he’s done well to recover from his various critics on the international stage.

“No one can dispute the abilities of Sadio Mane,” he added. “He’s a world-class player and has proven as much. He’s always talking [to me] about everything, even when he’s with Liverpool.

“I’ve tried to help him as best I can but more importantly, he has self-confidence and he managed to recover quickly. What’s happened [the criticisms] has motivated him to respond to everyone and I think he’s succeeded in doing that.”

Senegal have been dubbed one of the favourites to win this year’s AFCON, which kicks off with Egypt facing Zimbabwe on Friday, but Cisse does not believe they warrant that tag given that they haven not previously won the competition.
He said: “I think the favourites should be a team that has already won it before. It is not the case with us. We have not won this trophy before despite our achievements in reaching the quarter-finals of the World Cup and the final of the AFCON in 2002.
“Perhaps the press and analysts have made Senegal favourites because of the presence of big players like Mane, Kalidou Koulibaly and Gana [Idrissa Gueye] and because we are at the top of the African ranking.
“But we do not look at winning the title yet, just the first round and our goal is to win all the matches at that stage of the competition. We will have to fight a lot of difficulties to produce our best possible performance and win the championship.
“There are many candidates to win it such as Cameroon, the holders, and host nation Egypt. Also Nigeria, Morocco and Tunisia are all very strong teams.”

STRIKE: FG To Resume Negotiation With ASUU On...

Singer Simi slams a fan who told her...

DJ Cuppy Storms The Gym After Eating Too...