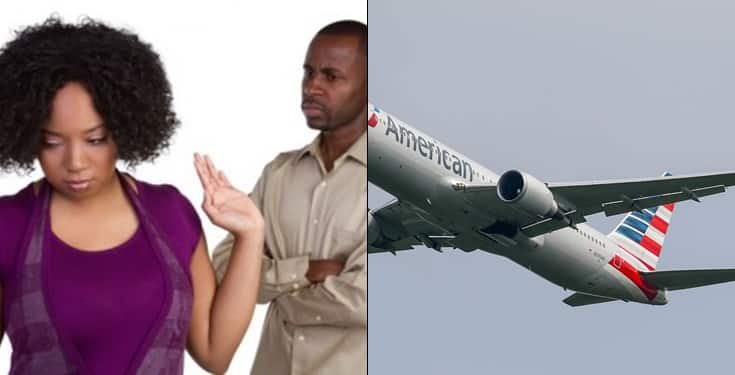 A married woman has taken to social media to narrate her ordeal in the hands of her stubborn husband who has been going round town labeling her a bad wife.

According to the narration given by a man identified as Baba Saleh on a Facebook page, Rant HQ, the man refused to marry the woman legitimately in court and all pleas to make him heed to this move was vehemently rejected by the man.

They although live together as couple, but she is never happy in the union. She was recently transferred to the United States by the company she works for and this man now wants them to go to court and consummate the marriage.

They although live together as couple, but she is never happy in the union. She was recently transferred to the United States by the company she works for and this man now wants them to go to court and consummate the marriage.

I involved his family members to help me beg him but they said, he’s old enough to make his decisions.
_
He even refused to do a white wedding either because my church
requested for a court certificate, so we ended up doing only traditional marriage.

_
I later got tired and gave up on the matter. I was hurt and broken
but I resolved to marry him like that just to save myself and my
family the shame of having a baby outside wedlock.

_
My dad was angry and disappointed in him but he didn’t care and
because of that my dad vowed to see me a successful and
independent woman with or without him.
_
After I gave birth to my baby, my dad helped me secure a job with a
multinational company and things started to turn around for me.
I could now take care of myself and secure a future.

Though I married my husband, but I never forgave him from my
heart and it made me not to do anything in my husband’s name.
_
We currently have three kids together but all my properties are in
the name of my children. I never used him as my next of kin either.
_
Just last month my company decided to transfer me to a branch in Texas and the company is willing to pay for my entire family to
relocate with me.

My husband’s business is not doing too well and he’s willing to
relocate also but we have no legal certificate to show that we are
married.
😒
Now he wants us to go to the court to legalize our marriage and I
have said “No” My dad has threatened to disown me if I ever go
with him to court.
_
He’s been tagging me everywhere as a bad wife who is not loyal to
her husband, spoiling my family also.
His family members have been calling me trying to persuade me
but I told them I’m old enough to make my decisions also and I
have stood my ground just like he did to me nine years ago.” 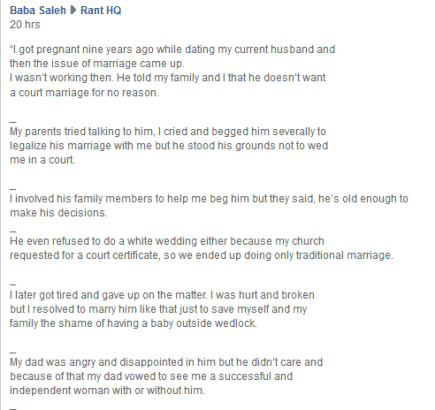 Leak chips away at Google's secrecy on China