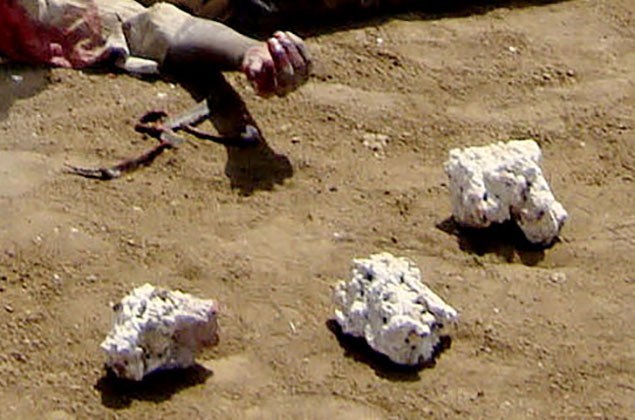 Some cultists have reportedly stoned two of their rivals to death in a community in Delta state.

According to a report by Vanguard, serious tension has enveloped Iwrekan and Otu-Jeremi communities in Ughelli South Local Government Area of Delta State, following the stoning to death of two suspected cultists by their rival gang members.

The incident took place over the weekend close to Otu-Jeremi Junction in what appears to be a reprisal attack after another suspected cultist, simply identified as Karo, was axed to death at Iwrekan community.

Though efforts to speak with Delta State Police Public Relations Officer, Onome Onowakpoyeya, were fruitless, a security source at the Otu-Jeremi Police Station, confirmed both incidents.

The source, who spoke on condition of anonymity, disclosed that the victim, who was killed at Iwrekan, was the leader of one of the cult groups in the area.

He said: “He (Karo) had just finished attending the swearing-in ceremony of the newly-inaugurated Iwrekan community executive when he was attacked by his assailants, who cut his head open with a battle axe.

“In a reprisal, members of his gang trailed two of his assailants to Otu-Jeremi Junction and stoned them to death.”

Panic As Dead Man Wakes Up At His...

Daily Jokes to lighten up your day

Trouble In Paradise? Emenike And Wife Unfollow Each...