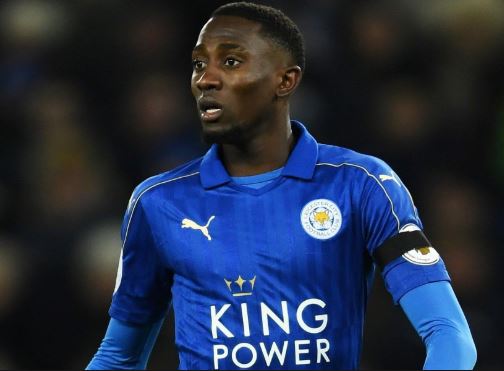 Wilfred Ndidi’s consistent performances have seen him linked with a number of high profile moves this summer.

Super Eagles midfielder Wilfred Ndidi says he is ‘flattered’ by the transfer speculation linking him with a summer move to top English Premiership club Manchester United.

Ndidi’s consistent performances have seen him linked with a number of high profile moves this summer, with the likes of Man-U, Arsenal, and Liverpool all reportedly interested in his services.

The 22-year-old’s has been linked with a move away from Leicester in the coming weeks following a sensational season at the King Power Stadium.

The Nigerian star was an ever-present for Leicester in the Premier League during the previous campaign with his combative midfield performances drawing plenty of praise from supporters and pundits alike.
“I am flattered when hearing such a thing,” Ndidi told Goal.com.
“I am focusing on AFCON with Nigeria now, and then pre-season with Leicester City. We have a great manager with the ambition to compete with big clubs in the Premier League.”

Shocking: Man Dies After Being Electrocuted While Charging...

When girls seduce me, I focus on heaven...