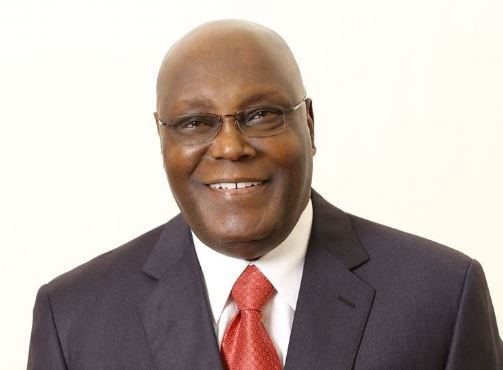 In a matter of hours Atiku, stormed the venue of the presidential debate in his flowing Agbada and posed for pictures. He publicized his activities on social media and Nigerians were applauding his drive and energy without knowing the Old Fox had a different plan which he was about to hatch expertly.

As the moderator, Mark Sugar was about announcing his name, he got a note that Atiku had backed out of the debate. Atiku ‘intelligently’ cited Buhari’s absence as his reason behind his U-turn. What a disrespectful, insensitive and despicable move!

Don’t be deceived, Atiku never really planned to debate. Buhari was just a convenient excuse for him to leave the kitchen and avoid the heat.

Right from last year, 2018 since the date of the presidential debate was announced, Nigerians knew that a cold president like Buhari who only organized one media chat which is supposed to be on a monthly basis in December, 2015 was never going to debate and the reasons have been over-flogged. Even his media team never gave any assurance that the ‘Baba Go Slow’ was ever going to participate in the exercise.

Atiku and Buhari belong to the same retrogressive class of politics where they mostly strive on the failure of the middle class to participate in politics. They take advantage of the uninformed voters/plebians and sway them with populist views. If you have noticed, the presidential campaign is like a fake news contest between the PDP and the APC.

This is why most honest political analysts have called the APC and the PDP two sides of the same coin. They are just the same rats in different holes constantly changing formations to beat the intelligence of the masses. If Atiku had any serious message for Nigerians, the debate podium would have been the viable spot to preach his sermon to Nigerians and the world who would be weighing his ideas against that of the other popular candidates.

Atiku only came for the pictures and his plan worked out with Buhari’s assured absence.

Frankly speaking, Atiku wasn’t going to outshine eggheads like Fela Durotoye, Kingsley Moghalu and Oby Ezekwesili. His resume, experience and intellectual capacity don’t match that of these individuals who mounted the podium with clean records. Atiku only sounds brilliant because he has the financial muscle to acquire the best talents to work with him.

Atiku must have been wary of intimidation by the offensive nature of Oby Ezekwesili who has always tagged him and Buhari as ‘Butiku’ with a promise to retire them from the political space. Moghalu who has also been a part of the engine room of Nigeria’s economy – the Central Bank of Nigeria would have been also waiting to slay Atiku with facts and figures. Atiku must have feared that the absence of Buhari would mean an overdose of pressure on him as the candidates would have been ready to hold his party responsible for Nigeria’s woes since the adoption of democracy in 1999.

If Buhari had attended, he would have absorbed 80% of the attacks while Atiku might have had a little do deal with thereby giving him much space to overlap, attack and retreat. His dramatic U-turn was a well choreographed move which would do him more harm than good in the long run among the elites especially now that politics in Nigeria is gradually evolving. This is evident in the record number of registered voters – 84 million (approximately 15 million new voters) who want to participate in the electoral process instead of merely joining the conversations on social media and other public spaces.

Instead of engaging in a fight you are not sure of winning, Atiku decided to use the exit door in style and his flowery and timely press statement looks good but Nigerians know better. He has only reminded us that he is still that smart businessman/politician that is good at manipulating the political system for his own personal gains.

Here is the gospel truth; Atiku and Buhari are terrible options. Atiku might beat Buhari at the presidential election but Nigeria will not experience any serious positive change under him. It’s impossible to solve a problem you were a part of. It’s also hard to change a system of unequal exchange and imbalance that made you. If the Nigerian system was built on integrity, transparency and probity, Atiku wouldn’t be who he is today financially speaking.

When Robert Mugabe of Zimbabwe was removed in November, 2017 through a democratic coup, his country people were thrown into wild celebrations thinking Emmerson Mnangagwa aka the crocodile would right the wrongs of Mugabe. They had forgotten that Mnangagwa was an ally of Mugabe for over three decades; he was part of the rot in the land. It’s over a year now since his assumption of office and Zimbabweans are on the streets protesting against the increment in fuel prices amidst grave economic hardship in the country.

The only answer Mnangagwa seems to have is to deploy security forces to use live ammunition against him, injure several people, arrest them and kill a few to finally suppress them.

I have a question for Atiku, as a businessman with blossoming establishments across the country, will he employ a Managing Director who skips the interviews and opts for an assurance note that he could do the job?

Fellow Nigerians we are in trouble! People are frustrated and they are losing hope because our politics has become a type of cancer in our lives. This is evident in the high rate of suicide, drug addiction, depression and migration across the country.

Osayimwen Osahon George is a journalist and a PhD student of the University of Ibadan. He writes from Lagos State.

#2019debate: Why Atiku Stormed out of presidential debate

[POEM] THE LADY I ONCE LOVED

Why FG Directed Only SS3 Students To Resume...