Home newsNational news #TheAtikuPlan: Promising To Restructure Nigeria In 6 Months Is A 'Big Lie' – Keyamo
Festus Keyamo believes it would be difficult for former Vice President Atiku Abubakar to restructure Nigeria in 6 months as promised. 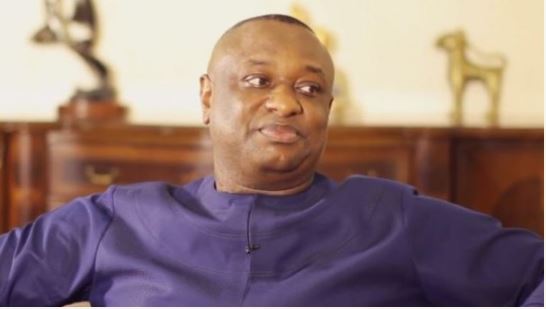 Festus Keyamo
Spokesman of the Muhammadu Buhari Presidential Campaign Organization, Festus Keyamo has said that the promise made by the Presidential candidate of the PDP, Atiku Abubakar to restructure Nigeria in 6 months is the “Biggest Lie”.
It was earlier reported that President Muhammadu Buhari and Atiku Abubakar have both launched their campaigns for 2019. Speaking on Atiku’s policy documents and its plan, Keyamo said;
“In the campaign manual, the president has not said that he will object to a constitutional amendment. He has not engaged in a deceitful nature to say I want to restructure when he knows he cannot in six months,” Keyamo said.
“Anybody that tells you that restructuring is something that should be done outside the amendment of the constitution is a lie. Restructuring is about devolution of powers, fiscal federalism. You cannot do that without amending the constitution.

“So, anybody that comes and says I want to restructure Nigeria in 6 months, in one year, Nigerians should know that it is the biggest lie that they are telling them right now.

Wizkid's Bodyguard injured with bleeding face after defending his Boss