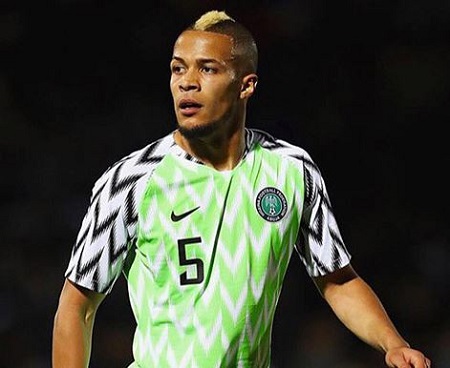 The then 16-year-old started honing his trade at Spurs Academy where he spent three years but failed to make the grade before he moved on to FC Groningen for his first taste of senior football.

Super Eagles defender, William Troost-Ekong has opened up on one of the saddest things he has heard in his career as he ponders on the paths he has trodden to become a successful footballer.

The 25-year Nigerian international, who has given fans joy whenever he steps onto the pitch, revealed how he was told by one of his Tottenham Hotspur coaches that he was not good enough to make it as a footballer, something he believes spurred him and keeps pushing him up till today to achieve more.

The then 16-year-old started honing his trade at Spurs Academy where he spent three years but failed to make the grade before he moved on to FC Groningen for his first taste of senior football.

“One of my last moments at Tottenham before I left was when I had a meeting with one of my coaches. He told me and my mum that I wasn’t good enough to play, that he didn’t think I could make it as a football player.”

“This kind of upset me so much at the time but later became a big point for me to prove, first to them, then to myself and finally to the world that I am good enough to make it to the top.”

Since then, he has gone to represent Nigeria’s U-23s at the Rio 2016 Summer Olympics while also earning caps at last year’s Russia World Cup tournament with the senior national team.

Dordrecht, FK Haugesund, Bursaspor and Gent have all benefited from the qualities of the never-say-die defender as he continues to take his career to an outstanding level.

He has become an indispensable part of the national team and barring any irremediable mishap is set to represent Gernot Rohr’s team in his first AFCON tournament in Egypt later this year.

‘I will rather date a monkey than a man,’ – Lady says

Nigerian man whose son has days to live,...