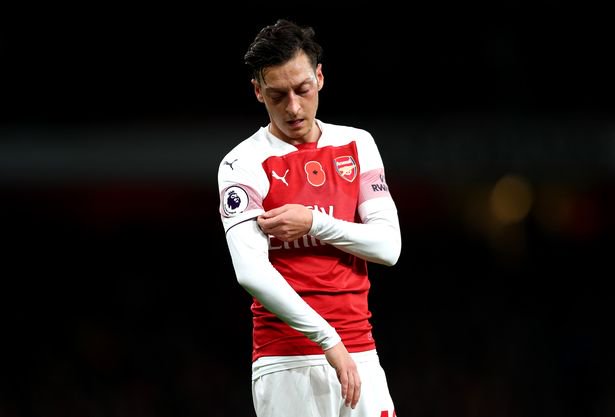 Inter Milan will sign playmaker, Mesut Ozil from Arsenal in this January transfer window on one condition.

According to Daily Star, Inter will sign Ozil only if Arsenal agree to pay half of the midfielder’s wages.

The report claimed that the Serie A giants are interested in signing Ozil on loan, but cannot afford to cover the player’s wages.

Ozil’s current £350,000-a-week salary at Arsenal is proving a problem for his potential suitor.

READ ALSO: Hazard Is Not A Leader – Sarri

The 30-year-old has not been a regular starter under manager, Unai Emery this campaign.

Arsenal will tackle Cardiff City on Tuesday in the Premier League fixture.

Andy Ruiz Is Digging His Own Grave –...