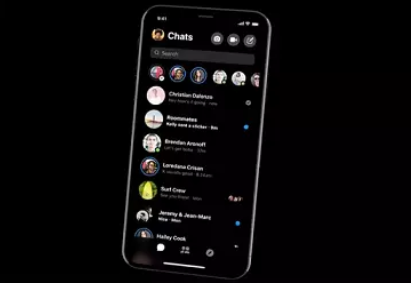 Months after Messenger first confirmed that it was working on a dedicated Dark Mode for its mobile app, the Facebook-owned service has begun testing the feature among users.The world first found out about Facebook’s secret dark mode testing in October last year when tipster Jane Manchun Wong posted multiple Facebook Messenger screenshots showing the app with a black background and chat thread menu. Facebook didn’t respond to any immediate queries regarding the update back then.

Following in the footsteps of other Dark Mode implementations, Messenger’s new feature turns the previously-white background black. In addition to this, the black text is switched to white and anything that is light grey in the standard UI is replaced with a darker tone. However, the colourful elements remain completely unchanged.

As mentioned above, the feature isn’t available to everyone just yet. But for those of you that do have access to it and wish to activate it, the Dark Mode option can be found within the “Me” section. One thing worth noting, though, is the fact that the new feature is still incomplete. In fact, upon activating it, Messenger warns that it won’t “appear everywhere” because it’s still putting the “finishing touches” on the feature.

"Is Don Jazzy Marvin Records label Dead? Check what he has to say about it

Adams Oshiomole chased away by Security at Presidential...