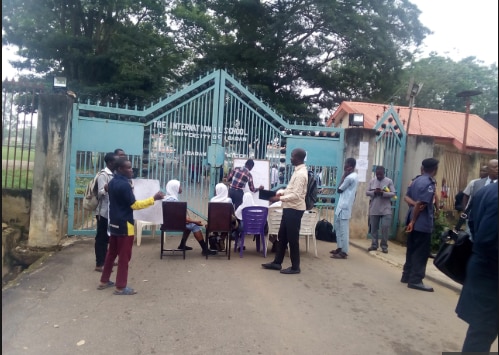 The management of the international School, Ibadan has ordered that the school should be shut down over hijab crises.

According to reports,the school was shut down in order to prevent a possible violent clash between the protesting members of the Muslims parents Forum and some students of the institution.

The school was shut down immediately after some youths barricaded the school gate. 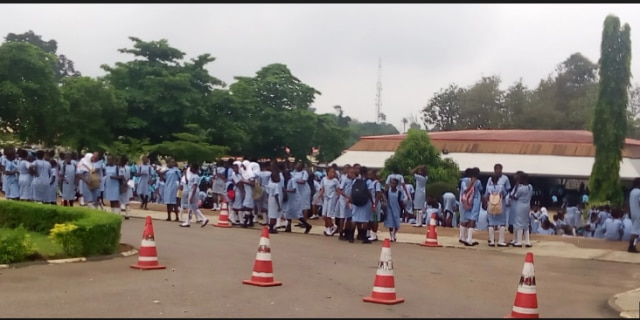 Prof Adeyinka Aderinto, the chairman, Board of Governors of the school and Deputy Vice-chancellor(Academics) of the University of Ibadan said that the university management was jolted by the news that some placard-carrying  youths had laid seige to the gate of the ISI

He disclosed the fact that the youths were allegedly imported by the Muslims Parent Forum(MPF) of the school who clamouring for the use of hijab female Muslim pupils of the secondary school.

Reports from punch said that the Prof. Aderinto got a hint that some UI Students were mobilising to attack the protesters for disturbing the peace of the institution.

“This hijab crisis started last week Monday and we had discussions throughout that week. But between last Friday and Sunday, we were aware that the Chief Imam of the UI Central Mosque intervened and held talks with the concerned members of the forum. At the end of the meetings, they (members of the forum) said there won’t be any problem and even agreed that all the concerned pupils should come to school without their hijab.

“I was shocked when I got information this morning (Monday) that some people had been imported to barricade the ISI gate. So, after consultations with some stakeholders, I directed that the school should be shut down until further notice.

“We closed it because we didn’t want anything untoward to happen; we don’t want to endanger our students’ lives. We will come up with a decision in due course; definitely, it won’t be too long before we reopen the school because WAEC (West African Examinations Council) and other examination bodies, which will involve our students in their examinations, will not wait for us.”

#TheAtikuPlan: Promising To Restructure Nigeria In 6 Months Is A 'Big Lie' – Keyamo

Apple Offers $1m to Anyone who can Hack...

FUTA to be renamed after Shagari, Alumni Kicks...