The vice-president of Nigeria, Yemi Osibanjo, has ceased the opportunity of being in the stadium to show off his football skills in Ipaja Area of Alimosho.

Osibanjo and some prominent All Progressives Congress (APC) Chieftains in Lagos State on Friday visited the Alimosho area of the state in continuation of the party’s house-to-house campaign. 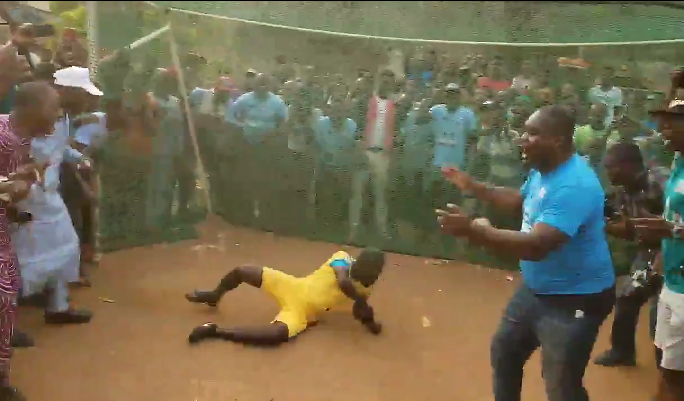 Alimosho is the most populated area of Lagos, comprising Ijegun, Ikotun, Idimu, Egbeda, Ipaja and Ayobo, among others.

NAN also reports that traffic was at standstill as residents in the various areas visited by the VP trouped out to join the interactive session. 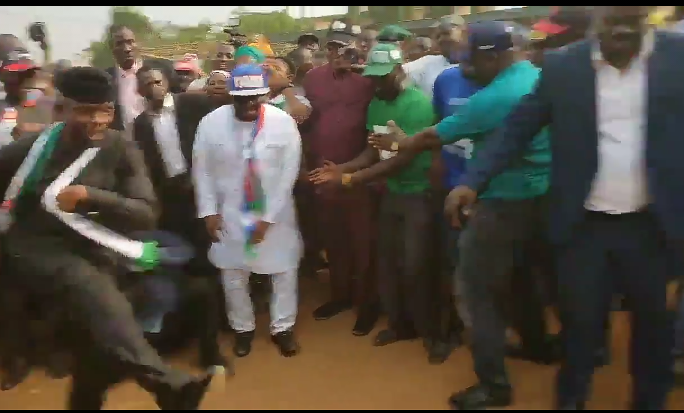 Speaking to the crowd at Greenland Stadium in Abesan Estate, Ipaja, Mr Osinbajo urged the APC members to work tirelessly for President Muhammadu Buhari and other candidates’ victory in the forthcoming elections.

He said Alimosho was very crucial to the APC as it is the local government area with the largest voting population in the state.

“There are votes in Alimosho. We should all go out and vote on Feb. 16 for Buhari. We are expecting large votes from Alimosho, which has the largest voting population,” he said”

VP takes a soccer shot @ Abesan Estate where he just interacted with youths in the area in Alimosho just now as he continues Family Chats pic.twitter.com/dlk1Ody0iM

Drama as Dino Melaye Refuses To Enter DSS Hospital, Sleeps On Bare Floor In The Premises

Breaking: Students Hide In Roofs, Others Arrested As...

OSUSTECH regret to announce the death of Prof....