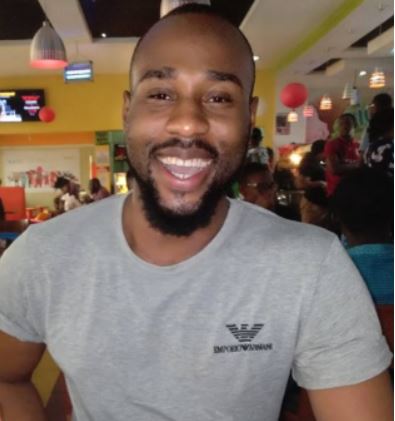 An undergraduate of the Abia State University, Chris Golden Ifeanyi, decided to take up a teaching Job in secondary school during ASUU Strike.

He has narrated how he specially dealt with a sassy female student who tried to be smart with him during his class.

Chris, who took up teaching to pass time as the ASUU strike continues, said he asked a question in class and one of his students gave a sarcastic reply. Other students expected him to punish the girl and waited with trepidation but he had other thoughts.

He narrated the incident, writing:

I volunteered to teach some secondary school students literature while ASUU thinks its my destiny they are playing with. A bell went off and since I am not yet familiar with their bell signals, I asked the class if that bell was for going home.

I heard her, the class heard her too and took to that hushing silence of trepidation as per someone has spoken out of turn and should expect the worst ? ? ?

“Class, do you all realise what she just did?”

“She just insulted you”

“Oh no, she gave us an example in figures of speech, Sarcasm. And for a topic we have not yet broached Emmanuella has displayed excellent wisdom hence, she’d be leading the discussion in our next class which would be figures of speech” I changed scheme of work ? ? ?

“it’s alright my dear, the best way to learn is by playing”

You will die on top of question tomorrow, you think you can talk anyhow. 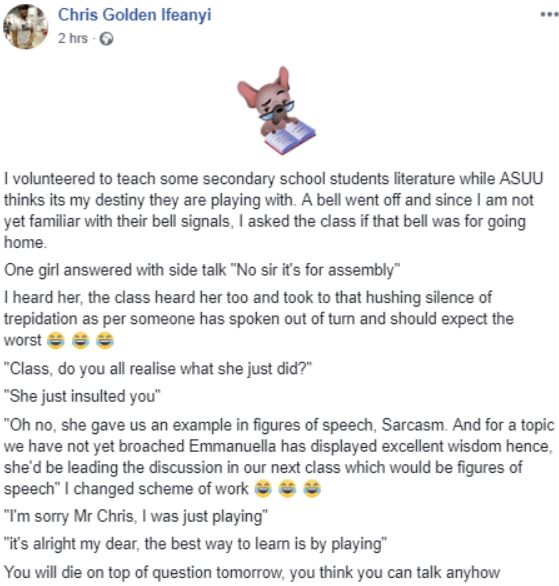