Home » Update: Super Eagles call off their strike in Egypt over unpaid allowances 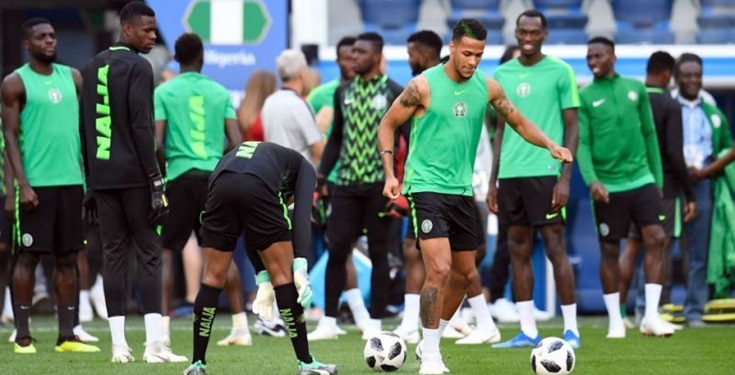 Nigeria’s Super Eagles have suspended their training strike over unpaid bonuses at the Africa Cup of Nations in Egypt following last-minute intervention by top football officials.

The team finally agreed to train in Alexandria, 30 minutes after schedule, after the Nigerian Football Federation (NFF) promised to pay a win bonus from their 1-0 victory over Burundi on Saturday, by the end of the week.

NFF spokesman Ademola Olajire said “the matter has been resolved”, conceding that funds for the tournament had arrived late.

“The NFF received part of the money meant for the tournament today and is in the process of converting it to dollars to pay the players and officials. The only money they’re owed is the win-bonus for the Burundi match” he said.

The bonuses were expected to be paid by the NFF after Saturday’s game ended. Officials close to the team, who spoke under anonymity, told AFP that following reassurances from the NFF “the team captain spoke to the players, asking them to show some understanding after which the team agreed to train”.

The players had earlier boycotted the official pre-match conference. Other NFF officials disclosed that the players have been paid a daily training allowance of $200-a-player from June 2 to June 30.

Singer Simi slams a fan who told her...

Lagos to become the world’s largest city with...

Beautiful Photos of UNIOSUN Graduating Students during her...

Governor Weeps In Public After This Happened During...

I am upset with the level of poverty...